Did Adele Just Announce Her New Album 25 on Twitter?

Is Adele finally coming out with a new album? If her Twitter hint can be trusted: Maybe!

It’s been three years since Adele released her 30-plus-million-selling, record-breaking, age-titled album 21. But a new album from the British singer may (finally!) be coming out.

Last night — the day before she celebrated her 26th birthday — Adele tweeted “Bye bye 25…See you again later in the year.” Fans across the internet are interpreting that mysterious tweet as a sign that the “Rolling in the Deep” singer’s highly-anticipated new — also age-titled — album, 25, is coming out later this year.

Rumors have been swirling around the project for months. In March, Ryan Tedder, who (in addition to penning songs for Beyoncé and Ellie Goulding) worked with Adele on her tracks “Rumour Has It” and “Turning Tables,” confirmed he is working with her on the new project. Also in the mix is Wiz Khalifa, who said his collaboration with Adele was “really hippie.” To round out the unlikely trifecta, Phil Collins announced that he was also working with Adele on new music. (That said, it’s unclear whether the Collins’ songs are for her next album or another project.)

Whatever the end result, fans will undoubtedly be lining up early to hear what the singer has been working on during the three long years since 21 first dominated the charts. 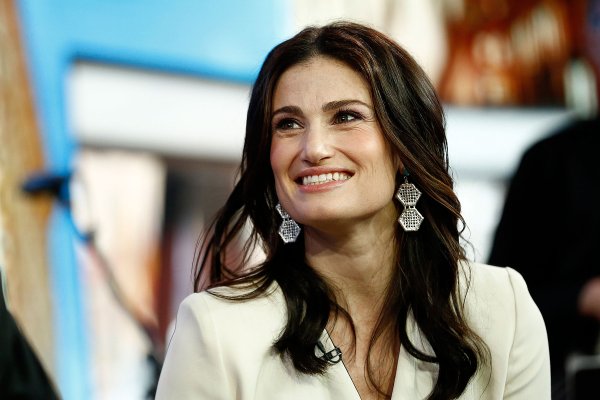 Idina Menzel Was Told She's Too Old For Wicked Movie Role
Next Up: Editor's Pick