Kim Jong Il loved to spend. The late North Korean dictator may have dressed in utilitarian khaki, but he splashed money on luxury goods. His one-time sushi chef — sushi chef — says the strongman loved Chinese melon, Uzbek caviar and Danish pork. He drank cognac and golfed (11 hole-in-ones in his first round, or so the story goes). In 2006, the U.S. issued a 60-item list of items not to sell to Kim Sr. — no lead crystal, no ski-dos, no yachts.

But his son, Kim Jong Un, may be spending more, according to the U.N. A comprehensive report released this week concludes that North Korea’s government has committed “crimes against humanity” and should be referred to an international court for prosecution. In hundreds of pages, they catalog evidence of what rights groups have been reporting for years — “extermination,” torture, enslavement and rape. It also notes that amid all this brutality, Kim Jong Un’s regime is buying-up loads of luxury goods.

Thanks to Dennis Rodman, we know that Kim Jong Un likes fine liquor, especially cognac. We also know Kim and his colleagues built a ski resort and an equestrian center. The report says the ruling elite purchased flashy cars, three-dozen pianos, and high-end recording equipment. Citing an earlier estimate, they guess that the total state spending on luxury goods rose from an average of $300 million a year under Kim Jong Il, to $645.8 million in 2012.

The U.N. team blasted Kim and his colleagues for spending “a significant amount of the state’s resources on the purchase of imported luxury goods.” The regime channels revenue from illegal activities to “parallel funds” that are “kept at the personal disposal of the Supreme Leader and used to cover personal expenses of the Supreme Leader, his family and other elites surrounding him,” they said. Revenue from illegal activities, including drug sales, was estimated in 2008 at $50 million per year.

The findings, which North Korea dismissed as a “plot,” do not augur well. There was a time when people hoped Kim Jong Un would usher in a new era for North Korea, ending years of prison camps, poverty and a ruling elite with a callous disregard for ordinary people. The report — and Kim’s spending habits — are just another reminder that those hopes were misplaced, or radically premature. From a distance, Kim looks quite comfortable in his castle. Like father, like son.

MORE: Can Cartoons Explain the Horror of North Korea to the Chinese? 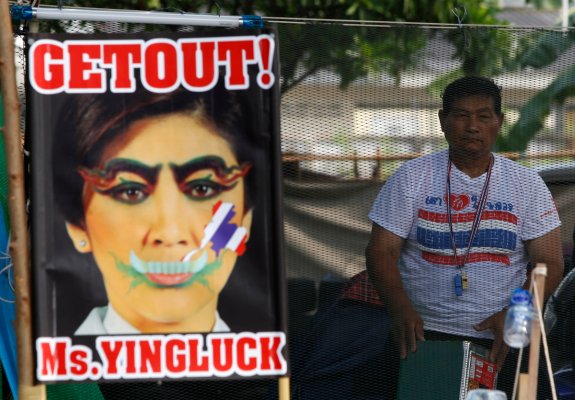