Facebook's WhatsApp Buy Is All About Dominating Mobile

In its biggest acquisition yet, tech giant Facebook has snapped up popular messaging app WhatsApp for $19 billion in cash and stock. The acquisition finally makes Facebook a big player in the world of mobile messaging, a sector that has risen quickly and diverted some users’ attention away from the world’s largest social network.

“Our goal for FB over the next few years is to deliver a set of new mobile products that allow people to share any type of content with any set of people they want,” Facebook CEO Mark Zuckerberg said in a conference call with investors. “WhatsApp fits this vision perfectly. The combo with Facebook will help strengthen both services.”

WhatsApp has quickly risen to the top of the ranks of messaging apps. Launched in 2009 by ex-Yahoo staffers Jan Koum and Brian Acton, the program allows users to send text and photo messages to each other via the Internet instead of through cellular service. WhatsApp currently has 450 million active users and adds 1 million new users each day, the company says. Zuckerberg said WhatsApp was the only highly used app he’d seen that gets greater daily engagement than Facebook.

Under Facebook, WhatsApp will continue to operate as an independent brand, as Instagram has since Facebook acquired it for $715 million in 2012. Koum will continue leading WhatsApp’s development and serve on Facebook’s board of directors. The deal, which is composed of $4 billion in cash, $12 billion in stock and $3 billion in restricted stock for WhatsApp founders and employees, is expected to close before the end of the year.

Facebook has long been looking for a way to elbow its way into the messaging space, which has exploded in popularity as people dump traditional texting plans in favor of Internet-based services. Facebook has its own app, called Messenger, which it says will continue to operate independently of WhatsApp. The Japanese service Line has emerged as a popular competitor that now boasts over 300 million registered users. Kik, which claims to be popular among teenagers, has 100 million registered users. And of course there’s Snapchat, which has been in the media spotlight ever since it reportedly turned down a $3 billion buyout offer from Facebook.

Suddenly, though, Facebook has them all beat. The company has spent the last two years trying to quickly adapt its desktop-first business into a mobile-first one. WhatsApp’s rapid growth on mobile seems to be the main thing that appealed to (or alarmed) Zuckerberg. “We think that WhatsApp is on a clear path to have a billion people using their product,” he said.

Judging by Koum’s past statements, the pairing of the two companies may seem like a clash of ideologies. In a 2012 blog post, the WhatsApp CEO derided Internet firms that generate profits by leveraging people’s data to sell ads. “We wanted to make something that wasn’t just another ad clearinghouse,” he wrote. “Remember, when advertising is involved you the user are the product.” Facebook generated almost $7 billion as an “ad clearing house” in 2013.

But both Zuckerberg and Koum said they had no intention of bringing ads to WhatsApp. “I don’t personally think ads are the right way to monetize messaging,” Zuckerberg said.

Instead the company will continue to expand its subscription service. Right now, in select countries WhatsApp charges users a $0.99 annual subscription fee after the first year of use. Zuckerberg called this a “promising” monetization model, though he wouldn’t disclose how much money WhatsApp has made off this model so far. (On its website, WhatsApp claims that it is profitable.)

In the long run, WhatsApp may become the first Facebook service that isn’t monetized through ads. Facebook Chief Financial Officer David Ebersman said wireless carriers still generate $100 billion annually in text message fees. Now Facebook is positioned to steal a portion of that pie. “[WhatsApp] is a company of really hardcore engineers who are obsessing over perfecting messaging, not adding a lot of bloated features into a messaging app,” Zuckerberg said. “Over time, I think people are going to pay for that.” 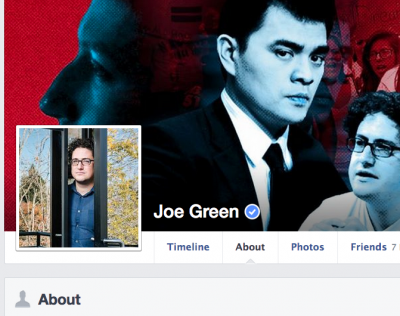 Facebook’s First 20 Users Have Been Found and Here's What They're Up to Now
Next Up: Editor's Pick