Bishop Rev. Robert Christopher Wright participates in a rehearsal for his installation service at the Martin Luther King Jr. International Chapel on the campus of Morehouse College in Atlanta on Oct. 12, 2012.
Kent D. Johnson—Atlanta Journal-Constitution/AP
By Josh Sanburn

Robert Wright, bishop of the Episcopal Diocese of Atlanta, sent an open letter last week to the 56,000 members that make up the dozens of Episcopal churches throughout north Georgia with a simple message: Don’t bring guns into the house of God.

The week before, Gov. Nathan Deal signed into law one of the most sweeping gun bills in recent memory. The Safe Carry Protection Act of 2014, which goes into effect July 1, allows Georgia residents with concealed carry permits to bring guns into churches that give express permission, while lowering the fine for bringing a gun into a place of worship to $100. It permits guns in bars, school zones, government buildings and certain areas inside airports. It says the state no longer has to fingerprint law-abiding gun owners to renew their licenses, and that dealers won’t be required to keep sales records for state purposes (federal government record-keeping laws still apply). The NRA has called it “the most comprehensive pro-gun bill in state history.” Opponents have derided it as the “guns everywhere” bill.

But those guns won’t be everywhere. The new law has largely split the state’s Christian denominations between the Georgia Baptist Convention, which supports the bill, and Episcopal and Catholic leaders in the Atlanta area, who have strongly come out against it and expressly told their congregants to leave their guns out of the pews.

Wright says that while he understands the need for Second Amendment protections for those wanting firearms for self-defense or for sport he sees the very idea of guns in church as blasphemous.

“Weapons in a place of sanctuary seem to me to be inconsistent with a God of love,” he says. “The prince of peace isn’t spelled P-I-E-C-E. It’s P-E-A-C-E.”

The Roman Catholic Archdiocese of Atlanta issued similar guidelines last week for its parishes, which encompass 69 counties throughout Georgia. “The last thing we need is more firearms in public places, especially in those places frequented by the children and the vulnerable,” Archbishop Wilton Gregory wrote in the May 1 issue of the Georgia Bulletin.

The Georgia Baptist Convention, made up of 3,600 Baptist churches throughout the state, lobbied on behalf of the bill largely because it gives its churches more autonomy, allowing each to determine on their own whether to allow firearms.

“We think it’s important that churches be able to make their own decisions,” says Mike Griffin, a pastor and lobbyist for the Georgia Baptist Convention.

Griffin says that while other denominations often determine policies from the top down, Baptists historically operate from a church-up approach, and the gun bill recognizes that sort of decision-making.

State Rep. Alan Powell, a co-sponsor of Georgia’s gun bill, says the law was written with those churches in mind and has no problems with churches banning guns.

“That’s their business,” Rep. Powell says. “But we had numerous churches testify about wanting to protect themselves from criminal elements. At times, when they’re counting tithes, for example, deacons weren’t allowed to carry a weapon.”

But Bishop Wright says he believes most people of faith in Georgia don’t want guns on church property. And it’s not just Christians. He says he’s heard from Muslim and Jewish leaders as well who oppose it, citing about 200 other religious leaders who have publicly spoken out against the bill.

“I don’t know how you reconcile Jesus who says, ‘Love they neighbor, love thy enemy,’ and at the same time being armed to the teeth,” Wright says. 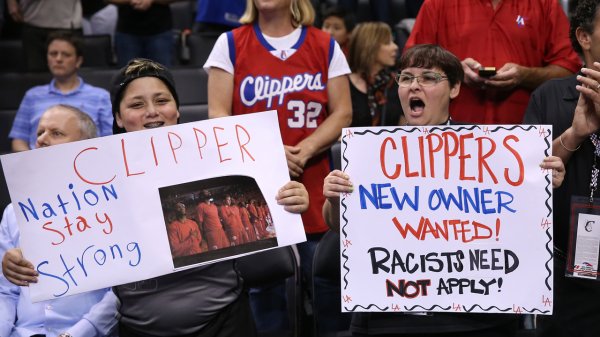