Your Son's Behavior in Kindergarten Could Keep Him from College

Your child’s achievement in kindergarten is a strong predictor of whether he or she will attend college, according to a new paper called “The Secret Behind College Completion” by Third Way, a Washington research group. And that’s bad news for boys, who consistently underperform compared to girls throughout elementary school.

So by the time boys and girls reach middle school, girls have attained an academic advantage over the boys. By the eighth grade, 48 percent of girls receive a combination of As and Bs or better on their report cards, while only 31 percent of boys do. That’s a big gap considering eighth grade grades are a better predictor of college completion than standardized test scores. Students who earn mostly As have almost a 70 precent chance of completing college by 25; those who earn mostly Bs have just a 30 percent chance of completing college, and less than 10 percent of students who earn mostly Cs will graduate college by that age.

The reasons for the grade gender gap are still, for the most part, a mystery. There’s a behavioral deficit for boys before they even enter school. But the authors of the study also point out that boys are more negatively affected than girls by classrooms with a bad or distracting environment. Boys also feel pressure to adhere to old stereotypes that dictate that academic achievement isn’t cool. And boys can have a harder time understanding the connection between effort in school and success later in life. 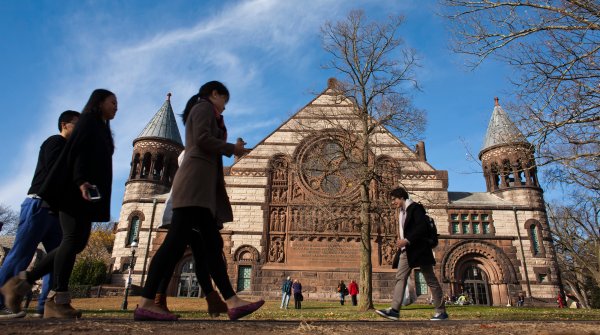 Why I'll Never Apologize for My White Male Privilege
Next Up: Editor's Pick