Leaning In at Work, Traditionalist at Home: Women Who Hide Their Success

I once hid my raise from my live-in boyfriend for a full year before he found out. I was already the decision-maker in our relationship, and I didn’t want him to feel bad that he made less than I did.

It’s the kind of scenario we hear often: ambitious, hard-charging women purposely shaving off a couple digits when talking about money with their partners. Women who subtly downplay their accomplishments in order to protect their boyfriends’ egos. Those who play the damsel in distress to cater to some caveman-like need to save. Even toning down an online dating profile – deleting accolades and advanced degrees – to sound less “intimidating” to potential suitors.

“I would let him make the decisions even when I knew they weren’t the right ones,” one friend told me recently, of her (not coincidentally) now ex-husband.

“I never reveal where I got my PhD on a first date,” said another, who is an Ivy League grad.

“I think my biggest fear in a relationship,” a New York editor quipped over brunch recently, “is emasculating the guy and ending up alone.”

It’s a feminist by day, traditionalist by night way of life, and it would make our Second Wave mothers cringe. By day, these women are successful and self-assured – part of a cohort dominating the working world and outpacing their male peers in college and advanced degrees. The under 30 set are outearning their male counterparts in nearly every major city in America. And when it comes to married couples, the number of female breadwinners has been steadily rising: 24 percent of wives now make more than their husbands.

And yet when it comes to their romantic lives, these women are unabashedly shrinking violets, their behavior influenced by age-old stereotypes about men, women and power that have simply not shifted as quickly as the working world. They’re also being influenced by a bevy of advice books – including a new one, When She Makes More: 10 Rules for Breadwinning Women, by financial advisor and journalist Farnoosh Torabi.

One part financial manual and two parts primer in retro-femininity, the book is a guide, she says, for single women whose success may intimidate potential suitors. Rule No. 1: Face the Facts. And the facts, she explains are clear. “When a woman makes more than her man, the odds are stacked against her in many ways: she’s less likely to get married, more likely to be unhappier in marriage, and there are many psychological and sexual costs,” writes Torabi.

Torabi is wrestling with the contradictions of a particular cultural moment: women are less dependent and passive than ever before. And yet, as Ronald Levant, the editor of the journal Psychology of Men and Masculinity, put it recently, “men are stuck” – caught between caveman-like desires to protect and provide, and the fact that more and more women are the ones doing the providing. One recent study found that men subconsciously suffer a bruised ego when their wives or girlfriends excel — regardless of whether they are in direct competition. Another survey, from Pew, found that 28 percent of Americans believe that it is “generally better for a marriage if the husband earns more than his wife.”

Where that leaves us? If you believe Torabi, with a complicated set of rules to follow – lest we end up, as the Princeton Mom warned, a “spinster with cats.” Not only must we achieve at work, we must stroke our partner’s ego. We can land the big deal, but we still must play the damsel in distress. We can go to Pilates, but might still consider asking him to lift that box – to make him feel like a man. Oh, and we may be the primary breadwinner, but we should still let him pay in public (as Torabi often does with her own husband) – even if it’s coming out of a joint checking account.

“Calling it stroking his ego can sound controversial, but money is a huge source of power and self worth for a lot of people,” she says. “So you have to understand that.”

Or better yet: you can reject it altogether.

Yes, men have been breadwinners for 10,000 years. They’ve been conditioned to be dominant. Hunters, gatherers … you know the drill. But let’s give dudes some credit.

We are, as the biological anthropologist Helen Fisher recently told me, “in a time of tremendous transformation.”

So here’s a rule for when you make more than your male partner: Don’t believe everything you read. 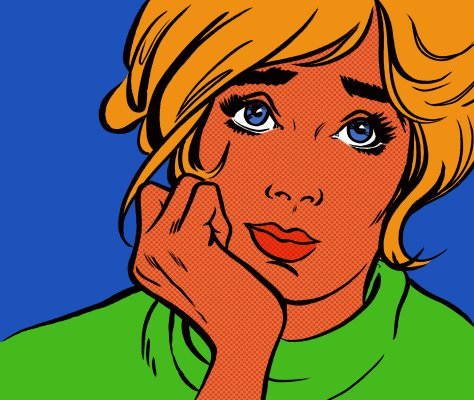 It’s Not You, It’s Science: How Perfectionism Holds Women Back
Next Up: Editor's Pick