Leon Jenkins, right, president of the Los Angeles chapter of the NAACP, announces that Los Angeles Clippers owner Donald Sterling will not be receiving his lifetime achievement award, at a news conference in Culver City, Calif., April 28, 2014.
Nick Ut—AP
By David Stout

NAACP Los Angeles chapter president Leon Jenkins resigned his position in the organization on Thursday after controversy erupted over his plan to award the now disgraced owner of the Clippers a lifetime achievement award for promoting civil rights.

Jenkins had planned to give Donald Sterling the illustrious honor on May 15, before racist remarks made by the Clippers owner were published late last week. Earlier this week, NBA Commissioner Adam Silver banned the Clippers owner from the NBA for life and fined Sterling $2.5 million. Silver also stated publicly that he wants the league’s board of governors to force Sterling to sell the franchise.

In a letter sent to the organization’s CEO on Thursday, Jenkins said his decision was made to safeguard the “history and reputation” of the NAACP.

The decision to award Sterling the lifetime-achievement prize drew some ire because of his troubled history with race relations. In 2006, Sterling was on the receiving end of a lawsuit from the U.S. Justice Department over alleged housing discrimination.

In 2009, the real estate magnate paid out $2.7 million in a settlement over similar allegations.

Sterling was already the recipient of an award from the Los Angeles chapter of the NAACP in 2009 — the first year of Jenkins’ presidency.

MORE: Will Donald Sterling Give Up Clippers Or Fight? 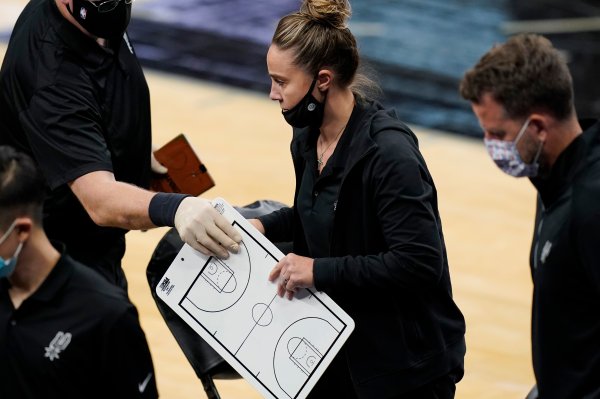