The Food That Mysteriously Makes You Feel Full, Explained

Scientists have figured out the reason fiber is such a wonder food: It contains an anti-appetite molecule called acetate.

Acetate, the researchers discovered, is naturally released when fiber is digested in the gut, and when it’s released, it is taken to the brain where it signals us to stop eating.

Fiber has long been known to satiate appetite and keep us full for longer, but previous research supposed the reason was that it takes longer to digest, keeping us satisfied for longer after we’ve stopped eating. But this new research published in the journal Nature Communications shows that the acetate released when we digest roughage lowers our appetites when it gets directly into our bloodstream, colon or brain.

The researchers looked at a dietary fiber called inulin, which comes from chicory and sugar beets, and is often present in cereal bars. They fed mice a diet high in fat with additional inulin. These mice ate less and gained less weight than mice who did not consume inulin, and when the scientists took a deeper look, they discovered that the inulin-eating mice had higher levels of acetate in their gut. So, they used PET scans to track the inulin through the mice.

Eating more fiber, found in foods like nuts, oatmeal, beans, lentils, apples and blueberries, is one of the better ways to feel full and satisfied, and can help with weight management. Science says so. 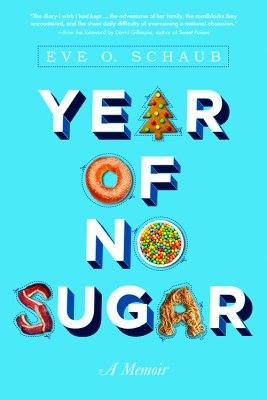 How to Quit Sugar for a Year
Next Up: Editor's Pick