Part of the not-so-secret appeal to a parent of Lego is that it’s something you can share with your kids of your own childhood. The same, after a quarter-century, is true of The Simpsons. You can watch your kids discover it, and through them, rediscover it yourself. You can wallow in a memory of your younger years and pretend that it’s something you’re doing for them.

And of course, grownups being what we are, we often bring a certain it-was-better-back-in-my-day sentiment into it, whether it’s introducing the kids to the glory days of “Marge Vs. the Monorail” or hauling out a dusty old box of bricks and explaining that, once upon a time before Lego sets married Hollywood, the only instructions for building a set were found in… your imagination! (And nickels used to have pictures of bumblebees on them. Gimme five bees for a quarter, you’d say!)

Maybe The Simpsons was better back in the days when you’d tie an onion to your belt, because it was the style at the time. But it’s a relief to say that Sunday’s 550th episode, “Brick Like Me,” which renders Springfield in CGI Lego fashion, is, if not an all-time classic, a refreshingly strange and inspired take on the gimmick. It combines all the sight gags you’d expect (there is, of course, a Brik-E-Mart) with a core story that recalls the grounded, relationship-oriented episodes of the show’s early years.

It would be cheating you to reveal too much of what that story is, but to stay within the parameters of what The Simpsons‘ own trailer (below) has given away, it involves an ingeniously framed Lego-reality within The Simpsons‘ own cartoon “reality.” Who would want to create a brick-based alt-universe in which “everything fits with everything else and nobody ever gets hurt,” and what troubles would drive them to do it? What happens when the limitless possibilities of childhood hit up against the disappointments of adult life? (Yes, these are very much the idea behind a certain recent popular movie. Trust me, The Simpsons is well aware of that.)

Is this, like The Lego Movie, essentially a longform ad for a toy-store juggernaut that hardly needs the help? Maybe, but The Simpsons has for decades mocked commercialism while making billions, and salesmanship of The Lego Movie didn’t make it any less funny or touching. And the two franchises simply play well together: Bart and company are every bit as iconic and expressive as squared-off plastic, while the smash-up-and-mash-up properties of Lego are perfect fodder for the series’ appetite for deconstruction.

“Brick Like Me” demonstrates that The Simpsons still has it, at least sometimes. Afterward, you and the kids can pop in the season 3 DVD and compare. Or put together the Lego Simpsons’ House–only $199.99, Brik-E-Mart not included. 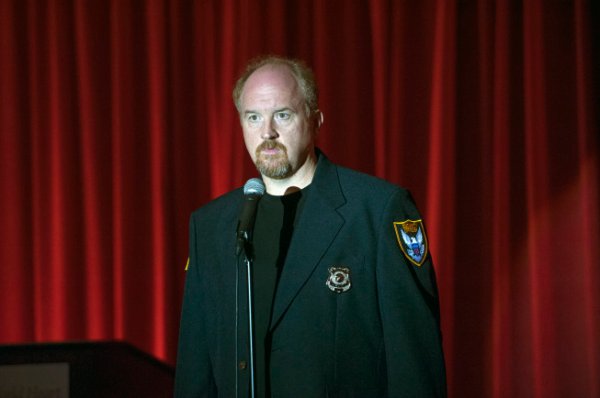 REVIEW: Louie Is Back for Season 4
Next Up: Editor's Pick