About one in five students at an Ivy League college said they’ve used a prescription ADHD drug while studying, and a third of the college students did not think that qualified as cheating, according to new research.

ADHD medications, like adderall or ritalin, are commonly misused among people without a diagnosis as a way to perform and concentrate better. A 2011 paper from the College Board reported that though available numbers are small, students do obtain and use ADHD drugs and learning disorder diagnoses to gain an academic advantage, the New York Times reports. Of course, there are people with legitimate disorders, but the new study focused on students without ADHD.

The researchers, who will present their findings at the Pediatric Academic Societies (PAS) annual meeting this weekend, interviewed 616 students at a “highly selective college” (the researchers did not say which), and found that 18% used the drugs for academic reasons, and 24% had done so eight or more times. College juniors were the most likely to abuse the medication, and students who played sports or were involved in Greek life were also the most common abusers. Since the researchers excluded anyone with an ADHD diagnosis, all the students were therefore using the drugs illegally. The researchers did not ask about the source of the medications, but told TIME in an email that they are almost always from other students.

When asked whether this type of behavior classified as cheating, a third of the students said it did not, 41% said it was cheating, and 25% said they were not sure. People who used ADHD meds were also more likely to think it was a common phenomenon on campus.

More and more people are being diagnosed with ADHD, including adults. The number of adults taking ADHD drugs rose by over 50% between 2008 and 2012, according to a report. One of the hard parts about screening for the disorder is that doctors need to determine who has a legitimate disorder and who is looking for a performance fix. The researchers say their study raises those serious questions for providers: “To the extent that some high school and college students have reported feigning ADHD symptoms to obtain stimulant medication, should physicians become more cautious or conservative when newly diagnosing ADHD in teens?” study author Dr. Andrew Adesman, chief of developmental and behavioral pediatrics at Steven & Alexandra Cohen Children’s Medical Center of New York, said in a statement.

The findings will be presented Saturday, May 3, at the Pediatric Academic Societies (PAS) annual meeting in Vancouver. 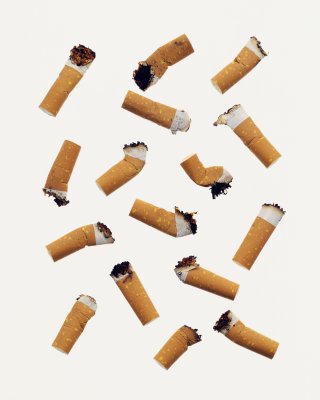