REVIEW: Louie Is Back for Season 4

In the first new episode of Louie, someone tries to tell the protagonist–a fictionalized version of writer/star/director Louis CK–a certain dirty joke, because that’s what people do when you tell jokes for a living. The civilian leaves out the punchline, and Louie tries to correct him. But the joke-teller will have none of it; he thinks his joke is fine the way it is. “Why you gotta clutter it up?” he asks Louie. “I mean, aren’t you a comedian?”

Fair question. Is Louis CK a comedian? I mean, sure he is, both in life and in Louie (returning May 5 on FX after a year and a half’s break, with back-to-back episodes). But he’s by no means just that. He’s a director, with a playful sense of what TV can be as a short-film medium. He’s a middle-aged guy with a bad back. He’s a single dad dealing with the grunt work of parenting. (Again, in life as well–see his recent Twitter rant on helping his third-grade daughter with absurdly poorly-written practice questions for the New York math tests.)

He’s also–for all his flaws and the baroque humiliations visited on his alter ego–probably the best person on primetime TV from whom to take advice on how to live as a human person in a society on the Earth.

I don’t want to tell you too much about the new episodes (I’ve seen four), because Louie, more than any series now on TV, is a show you can turn on with almost no idea where it will begin and end or what route it will take in between. Because it makes its own rules about continuity, it has freedom to take risks and start over with each half-hour. It might, as in the last episode we saw back in 2012, start you off at New Year’s in New York City and leave you in a rural shack somewhere in China. It might be an anthology of little incidents or a single arc running a full half hour or more. It might be a sweet story about children or a dark story about adults (or a dark story about children, or…) It might be a long encounter with one character, making an earnest effort to see life from an entirely different perspective, or it might be a surreal, slapstick adventure. It might, in the same episode, be about the terror and unpredictability of strangers and the rewards of taking a risk and getting to know a stranger. And in fact, each of the first four new episodes checks off at least one item on the preceding list.

What every episode of Louie is, though, is an essay in the original sense of the word--an “attempt.” It doesn’t feel as if Louis CK is leading you toward some preordained ending or conclusion so much as he’s working his own way toward it and bringing you along. He might start with a subject–getting older, say, in the first episode–and start throwing things at it, see what sense he can make of it from different angles. First, maybe, with a caustic joke in one of his standup segments: “Life is short, if you’re a child who died. At 46, it’s not short anymore.” Then with a series of vignettes and one of the show’s trademark raunchy poker-game conversations. And finally with an overarching story that sneaks up on you before you realize there is a story, which somehow manages to tie in Louie’s creaky aging with a raunchy cringe-comedy setpiece, some thoughts on human evolution, and a kind of cosmic pull-back shot to the realization that life will go on without you someday, and it’s OK. (Or it’s not OK, exactly, but you just have to deal with it.)

In other words, Louie is doing, in TV form, exactly what the best comedians do in standup–in seemingly free-form (but quite deliberate) fashion, they throw out this joke and that anecdote and this story until they gradually build to a wave of realization that crashes down on you and washes over you in laughter. And leaves you, ideally, knowing a little more about what it is to be alive than you did before. Plenty of comedians have done shows that incorporated their standup–Jerry Seinfeld, famously, and today sketch comics like Amy Schumer or Key and Peele. But because Louis CK controls almost all the levers of Louie–writing, editing, camera work, casting, acting, I assume he makes the craft-service sandwiches–he can make the TV-comedy equivalent of what standup does.

That show was and remains one of the best on TV–in any given week, maybe the best, period. But it’s also–and I realize I risk totally draining the funny out of it–a work of philosophy. It’s humane. It’s expansive. And the fact that it is cough-up-a-lung funny also gives it the freedom to do what in another show would be pretentious: to explore, every week, the question of what it means to live and engage with the world.

Is that too cluttered up? Isn’t Louie a comedian? Sure. He’s a wiseguy. And as these new episodes prove again, also a wise guy. 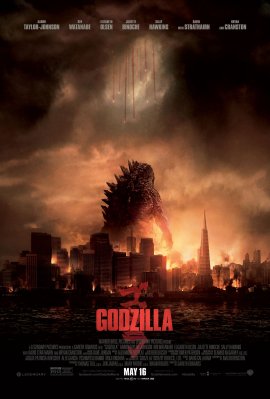 The Japanese Are Fat-Shaming the New Godzilla
Next Up: Editor's Pick