We tend to think of plants as basically inert—the furniture of the natural world. They don’t move, they don’t make sounds, they don’t seem to respond to anything—at least not very quickly. Grass doesn’t cry when you cut it, flowers don’t scream when they’re picked. But as is often the case, our human-centric view of the world misses quite a lot. Plants are talking to each other all the time. And the language is chemical.

Over the last few decades, a growing stream of papers has reported that different types of plants, from trees to tomatoes, release volatile compounds into the air for the benefit of neighboring plants. These chemical smoke signals come in many varieties, but their purpose seems to be to spread information about one plant’s disease or infestation so other plants can defend themselves. That’s been the general idea anyway, but exactly how plants receive and act on many of these signals is still mysterious. In this week’s Proceedings of the National Academy of Sciences, researchers in Japan offer some explanations, announcing that they’ve identified one such chemical message and traced it all the way from emission to action.

The experimenters looked at tomato plants infested by a common pest, the cutworm caterpillar. To start out, they grew plants in two plastic chambers connected by a tube, with an infested plant in the upwind chamber and an uninfested one downwind. When those downwind plants were later exposed to the cutworm pest, they defended themselves against it better than tomato plants that had not been exposed to a sick neighbor.

The researchers analyzed leaves from exposed and unexposed plants and found that out of the 8,226 compounds identified, only one showed up more frequently in the exposed plants, a substance called HexVic. And indeed, when the researchers fed HexVic to cutworms, it knocked down their survival rate by 17%.

Looking for the source of this protective substance, the scientists fingered a chemical precursor to HexVic among the cocktail of volatiles released by the infested plants. When they wafted it over uninfested plants, the plants began to produce HexVic, suggesting that they were turning the volatile into the caterpillar-killing chemical. A series of other tests confirmed that idea: Uninfested plants don’t have this precursor lying around, and must build their own weapon from the early warning message released by their infested relatives.

It’s an elegant tale, and it may be happening in far more plant species than tomatoes and with far more chemical signals that are still unintelligible to us. For now though, it’s hard not to have at least a little more respect for a type of life that not only communicates but, in its own invisible way, looks after its kin. 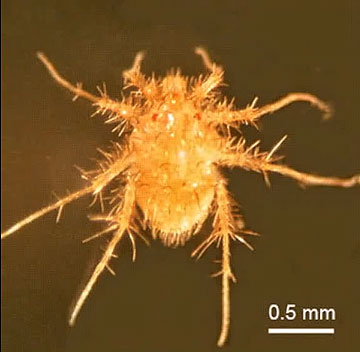 And the World's New Fastest Land Animal Is...
Next Up: Editor's Pick