An officer and a dog inspect a fence near a home in Lebanon, Tenn., on Tuesday, Feb. 11, 2014, where police said a package exploded, killing a 74-year-old man and his wife.
AP
By David Winograd

Tennessee authorities charged a suspect Thursday in the deaths of a couple killed by an exploding package at their home on Monday night.

Local authorities said that Richard Parker, the couple’s son-in-law, faces a first-degree-murder charge and is also accused of being a felon in possession of a weapon, the Associated Press reports.

Katelyn Abernathy, spokesperson for the State Fire Marshal’s Office, said she did not have any information about the motive of the bombing that killed 74-year-old Jon Setzer and his 72-year-old wife Marion at their house in Lebanon, which is located about 40 minutes east of Nashville. Parker’s home was located directly behind the couple’s. Jon Setzer was a lawyer and his wife was a retired dental hygienist.

Parker declined to comment on the deaths of his in-laws before his arrest. 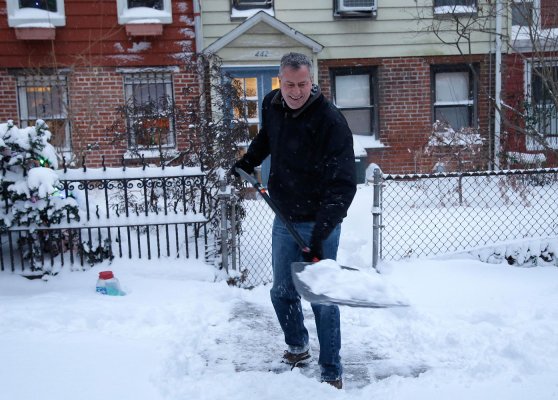