See someone yawn on the subway, and you know there’s a pretty high probability that you’re going to be yawning. But new research says that there’s another contagion out there that you can catch just through simple observation: Stress.

A study from the Max Planck Institute for Cognitive and Brain Sciences and the Technische Universität Dresden found that even being around a stressed person, be it a loved one or a stranger, has the power to make a someone stressed in a physically quantifiable way.

“The fact that we could actually measure this empathic stress in the form of a significant hormone release was astonishing,” said Veronika Engert, one of the study’s authors.

During the study, test subjects paired with loved ones and strangers of the opposite sex and then divided into two groups. One group was given challenging arithmetic questions and interviewed in order to induce direct stress. The group of 211 observers simply watched the test and interviews through a one-way mirror and via video transmissions.

As expected, 95% of the people placed under direct stress showed signs of, well, stress. But 26% of observers had an increase in cortisol as well as a result of empathic stress. The impact of stress was particularly high when a subject was observing a romantic partner in a stressful situation (40%) but it applied to strangers as well (10%).

When observers watched stressful events through a one-way mirror, 30% experienced a stressful response. Another 24% percent of observers were stressed when they watched the events unfold on video. Lesson learned: be careful when you’re watching Breaking Bad re-runs.

“Even television programs depicting the suffering of other people can transmit that stress to viewers,” Engert said. “Stress has an enormous contagion potential.” 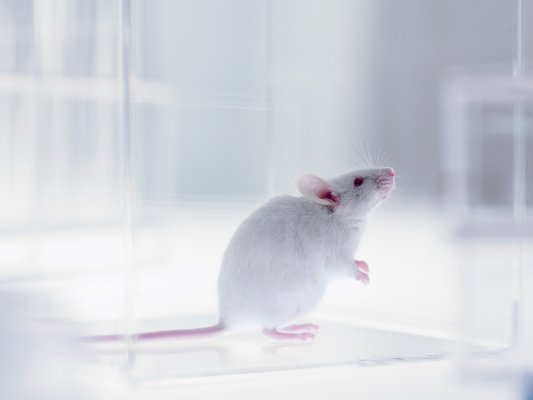 Lab Mice Are Stressed Out by Male Researchers
Next Up: Editor's Pick