Just hours after China’s President Xi Jinping was wrapping up a rare visit to the troubled northwestern region of Xinjiang, an explosion and knifing spree near a train station in the regional capital Urumqi left at least three dead and 79 injured. The detonation at Xinjiang’s largest train station, which occurred at around 7:10 p.m. on April 30, emanated from a clutch of luggage left between the station’s exit and a nearby bus stop, according to China’s official news agency Xinhua, which quoted one man saying the blast was so powerful he mistook it for an earthquake. Xinhua also reported that “an initial police investigation showed knife-wielding mobs slashed people at the [station’s] exit.” On Thursday afternoon, the People’s Daily, the Chinese Communist Party’s mouthpiece, reported that two of the three fatalities were “mobsters [who] set off bombs on their bodies and died,” while the third casualty was a bystander.

Witness photos of the aftermath, including those of bloodied bags strewn on the ground, were quickly deleted on Chinese social media by government censors. Hours after the attack, Xinhua quoted Xi taking a strong stance: “The battle to combat violence and terrorism will not allow even a moment of slackness, and decisive actions must be taken to resolutely suppress the terrorists’ rampant momentum.” But Xinhua’s own social-media alerts on the rail attack were later censored by one Chinese portal as well.

The homeland of the Turkic-speaking Uighur people, Xinjiang has simmered with unrest in recent years. At least 100 people have died in battles and raids that have centered on symbols of the state, like police stations. But violence has also spread to other parts of China. Last year, an SUV plowed into crowds at Beijing’s Tiananmen Square, killing two tourists. Police said the car’s occupants, who also died after flames engulfed the vehicle, were Uighur separatists — a man, his wife and his mother. In March, in the most shocking incident to date, 29 passersby were slashed to death at another train station, this time in Kunming, the capital of southwestern Yunnan province. Chinese authorities have released few details about that incident but blamed a gang of knife-wielding separatists from Xinjiang for the deadly strike.

During Xi’s four-day “inspection tour” of Xinjiang — his first since assuming power in 2012 — he decried the spasms of violence that have convulsed the region. Once a vital way station on the Silk Road, part of Xinjiang briefly claimed independence from China early last century as the Republic of East Turkestan. Xi vowed a “strike-first” strategy in the restive region and saluted local police, who hail mostly from China’s Han ethnic majority, as the “fists and daggers” in the battle against terrorism and separatism. “Sweat more in peacetime to bleed less in wartime,” Xi was quoted as saying in Chinese state media. But the Chinese President also showed a softer side, with state TV broadcasting images of Xi smiling as he chatted with Uighur men wearing traditional prayer caps.

A Muslim ethnicity that takes cultural cues from Turkic Central Asia rather than Han China, the Uighurs complain of religious and social repression by the Chinese government. (It is a grievance shared by Tibetans, some 130 of whom have burned themselves to death in horrifying self-immolations.) Some Uighurs also say they have been overwhelmed by a mass migration of Han to Xinjiang, which has turned Uighurs into a minority in their own homeland and left them with fewer job options.

But the escalation of bloodshed, in which innocent civilians have perished, has made the Uighur campaign for sympathy — much less meaningful autonomy — a tougher sell. And each bout of violence brings another security crackdown that may only serve to alienate more Uighurs. After 2009 ethnic riots in Xinjiang, in which some 200 people died, Internet access was shut down for months. Since then, hundreds of Uighurs have been arrested, and exile groups complain of a lack of judicial due process. In the case of the Kunming attack, only the name of the alleged ringleader of the attackers has been released; the case was declared “solved” just two days after the killing spree.

Shortly after Wednesday’s Urumqi explosion, Dilxat Raxit, the spokesman for the German-based World Uyghur Congress, a leading exile organization, told Reuters he deplored the heavy security clampdown in Xinjiang and fretted that “such incidents could happen again at any time.” A May 1 Xinhua editorial, with imperfect English translation, responded furiously: “Could he be more licentious by being not even bothered to gloss over his bloodlust? Anyone who preaches killing one’s own kind is a murder.” 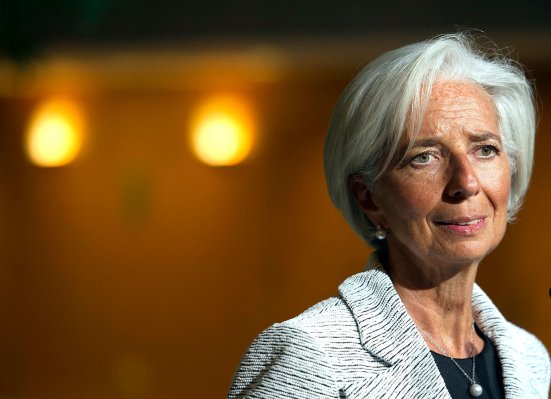 $17B Ukraine Aid Deal Sealed
Next Up: Editor's Pick