Starting in mid-May, about a third of Best Buy stores in the U.S. will be reconfiguring their home entertainment departments to make away for a new feature: “The Sony Experience at Best Buy.” It’s the latest instance of the electronics chain introducing a flashy store-within-the-store dedicated to one brand–something it did last year with both Samsung mobile gadgets and PCs running Microsoft’s Windows.

The Sony Experience will stock a variety of Sony products: TVs at various price points, audio equipment such as sound bars, and the PlayStation 4. But the emphasis will be on 4K–the technology that’s the next step in image quality beyond HD–with Sony 4K Ultra HD TVs and camcorders on display, and demos comparing the sharper 4K picture against mere 1080p HD.

The approximately 350 Sony Experience shops will be 400 square-foot spaces along the back of Best Buy stores. They’ll be staffed by Best Buy “blue shirt” employees who have undergone training by Sony. “Best Buy has just been a wall of TVs,” says Margaret Kairis, VP of consumer sales operations for Sony. “It’s going beyond that now.”

This expansion comes a couple of months after Sony announced that it was shuttering two-thirds of its own 31 standalone U.S. stores, and represents the flipside of its earlier strategy of operating its own retail locations. Instead of trying to get consumers to come to its stores, Sony will redouble its merchandising efforts at the country’s one remaining national big-box chain focused on consumer electronics.

Sony is still in the process of turning itself around after years of difficult times for its core businesses, including TVs. You can get a hint of why raising its profile at Best Buy might be a good move for the company in the photo at the top of this story: Other TV brands are all crammed together, while Sony gets a roomy, inviting space of its own where dedicated sales staffers will show how the company’s products all work together.

For Sony, one of the key challenges of the retail market is convincing consumers that a Sony TV built with Sony technologies such as a Triluminos display is worth more than the cheapest TVs on the store floor, such as those from Best Buy’s house brand, Insignia. Better still if a shopper decides to invest in the future of TV by purchasing a higher-profit 4K model right now, even though 4K content is still scarce. This could help.

Best Buy’s ongoing reorganization around brands began a few years ago when it carved off space for Apple products; so far, its most ambitious expression is the Windows Store, which launched last year in 600 Best Buy locations. Replacing the old-school Best Buy PC section altogether, some of those stores-within-the-store are almost six times as large as the Sony Experience areas, and they’ve even got nicer flooring than the rest of the store.

Like Sony, Best Buy is in the midst of its own turnaround attempt. Part of the problem: to put it politely, shopping at its stores hasn’t normally been a scintillating experience. But as long as you can figure out where to find the stuff you want–not all Sony products will be in the Sony Experience area, for instance–the brand-boutique approach feels like a meaningful move in the right direction. 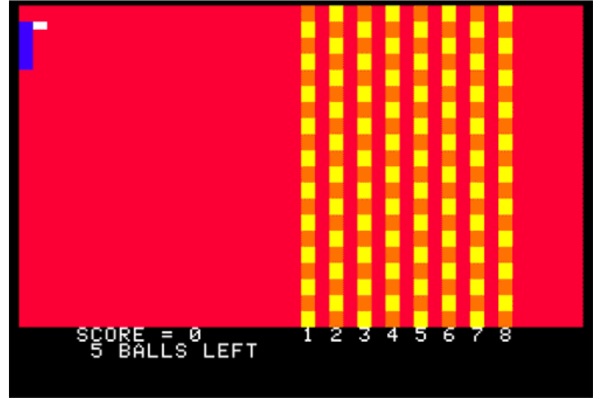 A Short History of BASIC, as Told in Animated GIFs
Next Up: Editor's Pick