The war in Syria is a messy affair mired in the complexities of Middle East geopolitics, but sometimes an image can cut through the fog to illustrate a simple truth in a way no amount of words or numbers ever could. Such is the case with the photo CNN’s Hala Gorani tweeted on Monday.

According to Gorani, United Nations staff found four-year-old Marwan carrying his worldly possessions in a plastic bag alone in the desolate Jordanian desert. The child was fleeing the violence in Syria and had been separated from relatives. Marwan and the family were later reunited, Gorani said.

Update: There was later some confusion regarding whether Marwan was actually alone. A spokesman for the United Nations’ refugee agency said he was only “temporarily separated” from his family, and both the spokesman Andrew Harper and Gorani confirmed in subsequent Twitter postings that the family was reunited.

Video: Syria’s Lost Generation, The Plight of the Youngest Refugees 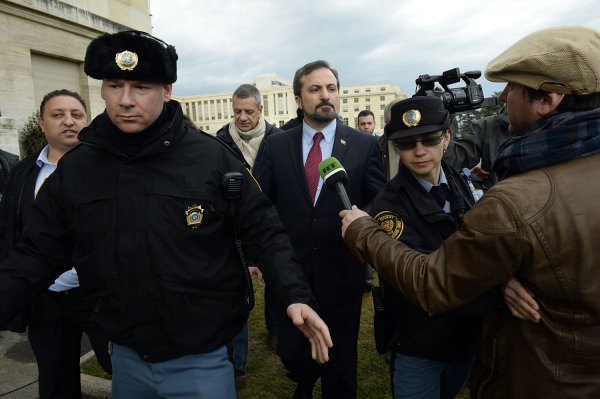 Syrian Talks Grind to a Halt
Next Up: Editor's Pick