It turns out the newlywed’s vow to stay together in sickness and in health doesn’t always bear out.

Researchers from the University of Michigan found that the risk for divorce is higher for older couples when the wife, not the husband, gets sick.

Some numbers show the that 75% of couples dealing with chronic disease end in divorce. In the Michigan researchers’ study, which is being presented at the Population Association of America’s annual meeting, the researchers looked through 20 years of data on 2,717 married couples. At least one of the partners was over 50 at the start of the study. The researchers also looked for diseases like cancer, heart disease, lung disease and stroke, and how they impacted the marriages.

In all, 31% of the marriages ended in divorce. Men were more likely than women to get sick. Divorce was also more common when the wife got sick, and not the husband. And the study is not the first to find that divorce is more likely when the wife gets a serious illness. Talk about a double whammy of bad luck for women: first you’re diagnosed with a chronic disease, and then you get divorced.

The reasons why are unclear, but the researchers have a couple theories. For one, it’s possible that social expectations for caretaking make men feel less qualified for the job. Although the researchers did not track who asked for the divorce, they note that it’s typically women who initiate, meaning that it’s also possible that women don’t feel like their husbands are giving them adequate support, and they decide they would prefer to rely on friends and family. “It’s…important to recognize that the impetus for divorce may be health-related and that sick ex-wives may need additional care and services to prevent worsening health and increased health expenditures,” said study author Amelia Karraker in a statement.

Having couples’ therapy as part of hospitals’ oncology programs wouldn’t be such a bad idea. 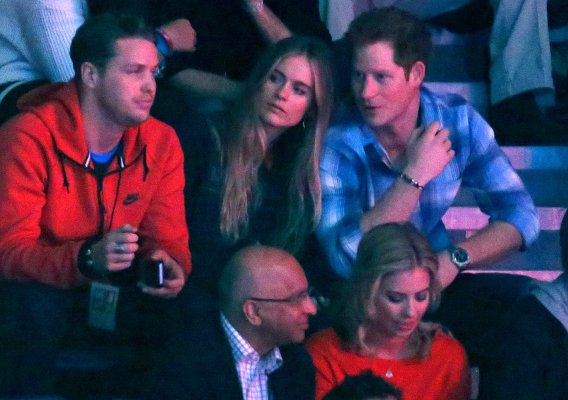 Prince Harry Has Reportedly Split With Girlfriend
Next Up: Editor's Pick