In the early years of 24, after the 9/11 attacks, the common take was that the appeal of Jack Bauer (Kiefer Sutherland) lay in his strength: he was tough, decisive, and effective, offering the fantasy of security in an insecure time. But in the long run, I don’t think Bauer’s most important function was to fight our battles; it was to feel our pain. Season after season, he would suffer physically and spiritually, he would lose friends and lovers (and sleep), he would save the country and get run out of town. He was like a psychic pincushion, a sponge soaking up all the toxic emotion of the era, committing our sins and swallowing the guilt until he seemed 100 years old. (Albeit a spry 100!)

As 24 returns for its new limited run, with the Bond-esque subtitle Live Another Day, much has changed. The setting is London. The season will be half as long (so we’ll really only live another half day). The old gang has busted up. A bitter, gruff Bauer is persona non grata in a world increasingly suspicious of government spy power. Chloe (Mary-Lynn Rajskub) has gone rebel, getting a goth makeover and going to work for a free-information hacker group whose members look like the cast of Wikileaks: The Musical.

But the fact that “things have changed” is one of the biggest ways that 24 has stayed the same. The show’s longevity over eight seasons came partly because it adapted its thriller format to the current concerns of the moment each season. As the Iraq war loomed, it dealt with a push for war in the Middle East; as the occupation got brutal, so did 24‘s torture scenes; as the real-life war generated backlash, so did Bauer’s extreme measures on the show. And every year, Jack returned more grizzled and tormented, just as he does now.

The fact that 24‘s new storyline involves drones, anti-surveillance groups, and the suspicion of government power is a change of subject, then, but not of format. The same goes for everything else about the first two hours of Live Another Day, which premieres May 5 on Fox. If you want a 24 very much like the show that went off the air in 2010, it will please you; if you’ve forgotten much about the show in the intervening four years, it might surprise you. Otherwise, 24 is very much 24, even if this one only adds up to 12.

Watching the beginning two hours, it becomes clear how many of 24‘s rhythms have become ingrained in the muscle memory of TV; its twists and shocking reveals are now the standard language of dramas like The Blacklist. If you see a triumphant enemy framed a certain way, he’s about to get an explosive comeuppance; if someone shares an intimate confession with a partner, you can sense the double-cross coming; if someone with a nice haircut has close access to the President, he will turn out to be a suspicious sleazeball. (Said sleazeball/haircut is played here by Tate Donovan, rounding out a cast that includes newcomers Benjamin Bratt, Yvonne Strahovski, and Stephen Fry, and returnees William Devane and Kim Raver). And yet there’s something almost sweetly nostalgic about seeing these beats played out by an old-school original. Strangling someone with your hands handcuffed behind your back is as distinctively ’00s as a Fall Out Boy album.

Beyond the core terror threat–which involves hacking and an assassination plot and will probably change a dozen times over a dozen hours–the driving story here is the relationship between Jack and Chloe, which we learn has become strained over the last four years. This is maybe Live Another Day‘s one truly jarring change, one that captures the toll that the last dozen years has taken on the body politic. If even Jack and Chloe’s friendship can be riven by mistrust and suspicion, what hope can there be for the rest of us?

Of course, this storyline too could entirely switch up by the third hour. In fact, this would hardly be 24 if it didn’t. (One advantage of cutting the season in half may be, let’s hope, that its triple-backflip plot reversals won’t get as absurd as they did when the show had to ratchet up its stakes for 24 straight hours.) As long as all you ask of it is more familiar twists and backstabbing, you’ll probably be happy with it. If you felt (like I did) that the series had said all it had to say after eight years, the reboot looks skippable. As someone says to Jack in the show’s first hour, “You were really something, Bauer–back in the day.” He still is something: he’s exactly what he was, no less but no more either. That too is Jack Bauer’s job. The more we change, the more he stays the same. 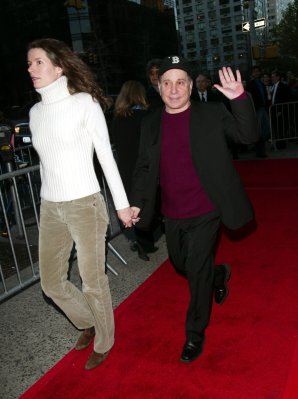