A Long Island teen who was accepted to an unprecedented eight Ivy League schools has chosen to study at Yale University next fall.

Kwasi Enin announced his decision alongside his parents and administrators from William Floyd High School, N.Y. during a athlete-style press conference Wednesday in his school’s gym.

Enin said Yale’s atmosphere, financial aid package, and its reputation for music and medicine led to his decision.

“I want the passion of music and medicine to be a part of my life wherever I go,” the New York Daily News quotes the 17-year-old as saying. In the future, the brainy teen wants to practice medicine.

Enin, a straight A student who scored a 2,250 on his SAT exam, applied to all of the nation’s Ivy League schools on a whim and beat the odds when all eight of the notoriously selective schools—Yale, Harvard, Brown, Princeton, Cornell, Columbia, Dartmouth, and the University of Pennsylvania— sent him a letters of acceptance.

School leaders, friends and family joined Enin on Wednesday as he announced his acceptance. His mother Doreen thanked the school for support and said she was proud of her son whom she called a “precious gift from God.”

His father, Ebenezer, also remarked how proud he was of Kwasi. But he said he expects his daughter Adwoa to do better. On Wednesday, he said he told her, “if there was another Ivy built, you will be the first person to be accepted at nine Ivys.” 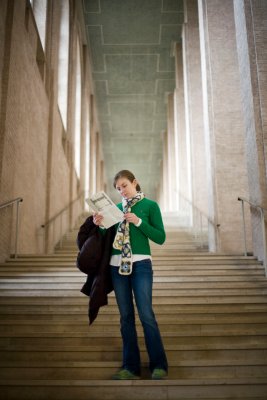 How Studying or Working Abroad Makes You Smarter
Next Up: Editor's Pick