The Facebook Inc. and Twitter Inc. company logos are seen on an advertising sign during the Apps World Multi-Platform Developer Show in London, U.K., on Wednesday, Oct. 23, 2013.
Bloomberg/Getty Images
By Janet Vertesi

This week, the President is expected to release a report on big data, the result of a 90-day study that brought together experts and the public to weigh in on the opportunities and pitfalls of the collection and use of personal information in government, academia and industry. Many people say that the solution to this discomfiting level of personal-data collection is simple: if you don’t like it, just opt out. But as my experience shows, it’s not as simple as that. And it may leave you feeling like a criminal.

It all started with a personal experiment to see if I could keep a secret from the bots, trackers, cookies and other data sniffers online that feed the databases that companies use for targeted advertising. As a sociologist of technology, I was launching a study of how people keep their personal information on the Internet, which led me to wonder: Could I go the entire nine months of my pregnancy without letting these companies know that I was expecting?

This is a difficult thing to do, given how hungry marketing companies are to identify pregnant women. Prospective mothers are busy making big purchases and new choices (which diapers? Which bottles?) that will become their patterns for the next several years. In the big-data era of targeted advertising, detection algorithms sniff out potentially pregnant clients based on their shopping and browsing patterns. It’s a lucrative business; according to a report in the Financial Times, identifying a single pregnant woman is worth as much as knowing the age, sex and location of up to 200 people. Some of these systems can even guess which trimester you’re in.

Avoiding this layer of data detectors isn’t a question of checking a box. Last year, many people were shocked by the story of the teenager in Minnesota whose local Target store knew she was expecting before her father did. Based on her in-store purchasing patterns tracked with credit cards and loyalty programs, Target started sending her ads for diapers and baby supplies, effectively outing her to her family. Like the girl in the Target store, I knew that similar systems would infer my status based on my actions. So keeping my secret required new habits, both online and off.

Social media is one of the most pervasive data-collection platforms, so it was obvious that I couldn’t say anything on Facebook or Twitter, or click on baby-related link bait. But social interactions online are not just about what you say but also what others say about you. One tagged photo with a visible bump and the cascade of “Congratulations!” would let the cat out of the bag. So when we phoned our friends and families to tell them the good news, we told them about our experiment, requesting that they not put anything about the pregnancy online.

Social media isn’t the only offender. Many websites and companies, especially baby-related ones, follow you around the Internet. So I downloaded Tor, a private browser that routes your traffic through foreign servers. While it has a reputation for facilitating illicit activities, I used it to visit BabyCenter.com and to look up possible names. And when it came to shopping, I did all my purchasing—from prenatal vitamins to baby gear and maternity wear—in cash. No matter how good the deal, I turned down loyalty-card swipes. I even set up an Amazon.com account tied to an email address hosted on a personal server, delivering to a locker, and paid with gift cards purchased with cash.

It’s been an inconvenient nine months, but the experiment has exposed harsh realities behind the opt-out myth. For example, seven months in, my uncle sent me a Facebook message congratulating me on my pregnancy. My response was downright rude: I deleted the thread and unfriended him immediately. When I emailed to ask why he did it, he explained, “I didn’t put it on your wall.” Another family member who reached out on Facebook chat a few weeks later exclaimed, “I didn’t know that a private message wasn’t private!”

This sleight of hand is intentional. Internet companies hope that users will not only accept the trade-off between “free” services and private information but will also forget that there is a trade-off in the first place. Once those companies have that personal data, users don’t have any control over where it goes or who might have access to it in the future. And unlike the early days of the Internet, in which digital interactions were ephemeral, today’s Internet services have considerable economic incentives to track and remember—indefinitely.

Attempting to opt out forced me into increasingly awkward interactions with my family and friends. But, as I discovered when I tried to buy a stroller, opting out is not only antisocial, but it can appear criminal.

For months I had joked to my family that I was probably on a watch list for my excessive use of Tor and cash withdrawals. But then my husband headed to our local corner store to buy enough gift cards to afford a stroller listed on Amazon. There, a warning sign behind the cashier informed him that the store “reserves the right to limit the daily amount of prepaid card purchases and has an obligation to report excessive transactions to the authorities.”

It was no joke that taken together, the things I had to do to evade marketing detection looked suspiciously like illicit activities. All I was trying to do was to fight for the right for a transaction to be just a transaction, not an excuse for a thousand little trackers to follow me around. But avoiding the big-data dragnet meant that I not only looked like a rude family member or an inconsiderate friend, but I also looked like a bad citizen.

The myth that users will “vote with their feet” is simply wrong if opting out comes at such a high price. With social, financial and even potentially legal repercussions involved, the barriers for exit are high. This leaves users and consumers with no real choice nor a voice to express our concerns.

No one should have to act like a criminal just to have some privacy from marketers and tech giants. But the data-driven path we are currently on—paved with the heartwarming rhetoric of openness, sharing and connectivity—actually undermines civic values and circumvents checks and balances. The President’s report can’t come soon enough. When it comes to our personal data, we need better choices than either “leave if you don’t like it” or no choice at all. It’s time for a frank public discussion about how to make personal-information privacy not just a series of check boxes but a basic human right, both online and off. 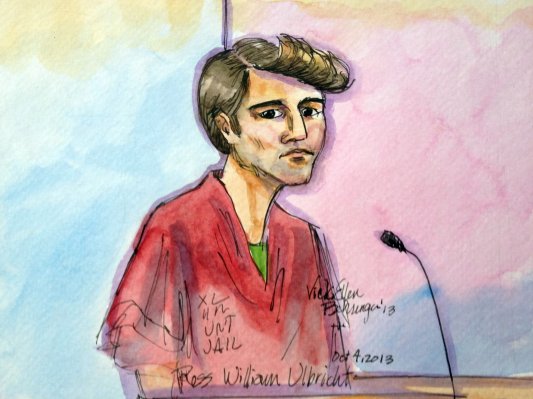 Online Drug Marketplace Thrives After Arrests
Next Up: Editor's Pick