Facebook Wants to Do to Mobile Apps What It Did to the Web, and That's O.K.

The most striking thing about the keynote at Facebook’s f8 conference in San Francisco was something that only became apparent after it was over: Mark Zuckerberg and other Facebook executives spent an hour on stage talking about new stuff, and none of it was about Facebook.

Or at least not if you define Facebook as being the social-networking site and app of the same name.

Instead, all the news–and there was tons of it–related to features Facebook is rolling out to help mobile developers build more powerful apps and make more money from them.

A sampling of what got announced:

Zuckerberg described the company’s vision as offering a “cross-platform platform,” competing in some respects with Apple’s iOS, Google’s Android and Microsoft’s Windows Phone without forcing developers to build apps for a specific mobile operating system.

It’s a logical extension of what the company has been doing for the majority of its existence: Providing web developers with features that (A) help them offer powerful features without having to build them; and (B) lash them tightly to Facebook, thereby making the web even more dependent on Mark Zuckerberg’s social network as the primary way to keep track of people and their identities.

At the keynote, Zuckerberg said that third-party sites and apps make almost a half-trillion calls to the Facebook API a day–each one representing an instance of Facebook powering something on a site or app other than Facebook itself. Making this infrastructure reliable is so important that he declared that the company has retired its famous mantra–“Move fast and break things”–and now wants to move fast while ensuring that it’s providing robust infrastructure for all the companies that depend on it.

People who don’t like or trust Facebook–a minority, but a passionately vocal one–presumably won’t like the idea of its tendrils stretching deeper and deeper into more and more apps. But how should the rest of us feel about the prospect?

Me, I’m O.K. with it–optimistic, even, that it will lead to better apps. Here’s why:

You don’t have to be a Facebook hater to worry, sometimes, about one company controlling so much of the technological plumbing that powers other companies’ services and apps. Ultimately, though, Facebook has became so essential in so many places because it’s built so many useful technologies and has done a better job than anyone else of selling the world on their advantages.

To put it another way: If the idea of Facebook being everywhere bothers you, don’t blame Facebook. Blame everybody else who’s failed, in most instances, to beat it to the punch or provide more compelling alternatives. 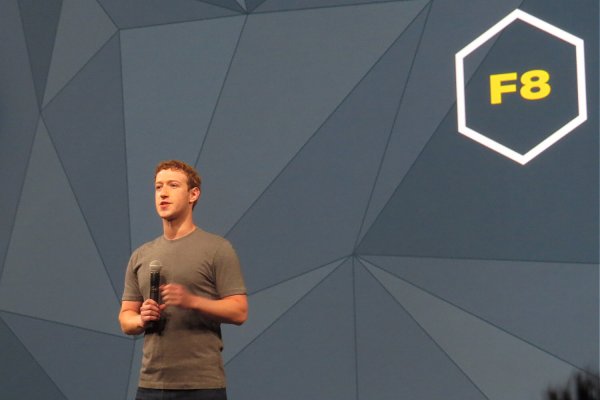