A resident casts her ballot at a polling station in Najaf, Iraq, on April 30, 2014
Ahmad Mousa—Reuters
By Noah Rayman

Iraqis went to the polls on Wednesday amid a massive security effort for the first national elections since the exit of U.S. forces in 2011.

Two bombings highlighted the security risks in the country, where sectarian violence has spiked in the past year. One roadside bomb killed two women walking to a polling station in the northern town of Dibis, and another bomb in the area injured five soldiers on an army poll, the Associated Press reports.

Hundreds of thousands of troops and police — many of whom were allowed to vote on Monday so they could provide security on Wednesday — were safeguarding polling stations as Iraqis voted, according to the AP. Iraqi authorities closed the nation’s airspace and banned vehicles to limit the threat of car bombings.

Roughly 22 million people were registered to vote in the parliamentary elections, with Prime Minister Nouri al-Maliki’s Shi‘ite party expected to win the most seats but come short of a majority. The final results will not be available for several weeks.

In central Baghdad, checkpoints were set up roughly every 460 m. Streets were largely deserted, and most stores were closed, the AP reports. Buses were used to ferry voters to the polls in parts of the city.

A surge in attacks last year led to the highest death toll since 2007, when President George W. Bush announced a surge of U.S. troops to quell worsening violence in Iraq. 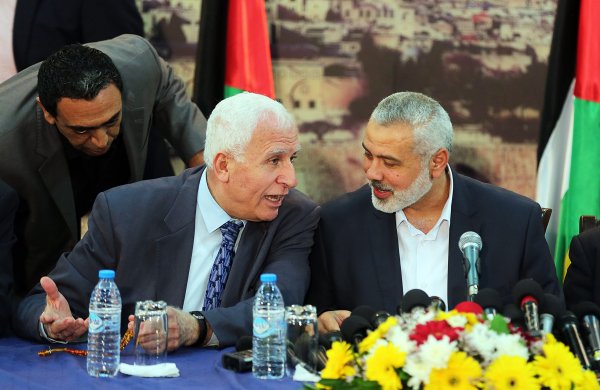 Palestinian Unity Deal Met With Skepticism
Next Up: Editor's Pick