Grab That Apartment Before the Rent Spikes

In strong-growth markets like Charlotte, landlords are adopting dynamic pricing strategies similar to the airlines and Amazon.com—meaning the asking rent price for apartments can change by hundreds of dollars in the blink of an eye.

The Charlotte Observer recently took note of how commonplace it’s become for rent rates at large apartment complexes in the city to be dictated by software algorithms that track supply and demand — and then tweak asking prices accordingly. The result is that if a handful of units are scooped up by renters over the course of a weekend, the monthly rental rate for similar units in the complex could soar on Monday, if not sooner.

Rent prices can and do change all the time, occasionally with quick, dramatic swings. During one particularly volatile ten-day period, the Observer tracked the monthly rate for a one-bedroom apartment at one complex as it rose from $982 to $1,307 per month.

Such dynamic pricing strategies have been used by airlines for decades, and online sellers like Amazon are utilizing quick-changing prices to a staggering degree. According to one recent study, Amazon had up to three million daily price tweaks last November, and during the busiest shopping period for the 2014 holiday season, the world’s largest online retailer is expected to change prices on its site six to ten million per day.

Even as several software programs focused on producing algorithms for apartment rent yield management have increasingly been embraced by landlords and apartment complex owners, the fact that a unit’s rental rate can jump by a couple hundred bucks overnight often comes as an unwelcome surprise to renters, especially young people seeking their first place. Even worse, apartment managers are using dynamic pricing as a tool to pressure would-be renters into acting fast, at the risk of losing out or seeing rents soar.

“I obviously did not like it,” one 24-year-old said to the Charlotte Observer, with regards to the potential for unit rent prices to change from moment to moment. “All complexes, they say it can change really fast. It just makes me feel pressured to make a decision really fast without maybe considering other options or even how safe it is or if it’s really practical.”

Even so, the increased usage of dynamic pricing in nearly all realms of consumer life isn’t all bad for the average Joe. Yes, it can make car hire rates surge during periods of peak demand, and can cause rental rates to soar seemingly out of nowhere. But dynamic pricing can also drive prices lower when demand eases. That can mean cheaper ride-share rates during “happy hours,” and also that by learning about the local rent market and timing it right, one renter can get a way better deal than his neighbor on essentially the same apartment unit. At one complex in Charlotte, rent for one-bedrooms hit $588 per month last May, down from a peak of $806 in February.

This is the way pricing has been done for decades in the airline business, in which there’s always the possibility that you paid hundreds more (or hundreds less) than the person sitting next to you on the plane. The problem is that it’s impossible to really know the precise best time to buy. The other problem for consumers is that, by and large, people think it’s unfair to charge different prices for the same product. They absolutely hate the scenario in which two different people pay dramatically different prices for essentially the same airline seat, or ticket to a baseball game, or apartment unit. 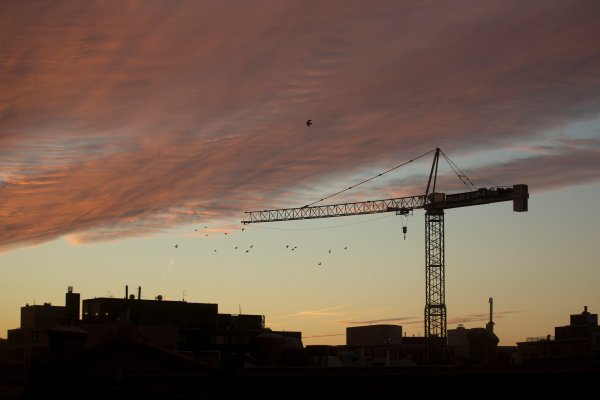 The New American Dream Is Living in Cities
Next Up: Editor's Pick