'The Bachelor Watch': Juan Pablo Gets Dumped In His Hometown

Welcome back to The Bachelor, where six women are still circling the drain that is an eternity with Juan Pablo. As the women head to Juan Pablo’s hometown of Miami and with their own hometown dates looming, the pressure is on. That means more longing looks, more declarations of love and lots and lots of tongue kissing (avert your eyes, children).

Best Captain Von Trapp/Cesar Milan Moment: Since he is back in his hometown and needs to maintain his reputation as a doting father who only leaves his daughter for occasional televised polyamory, Juan Pablo seizes the opportunity to see his daughter, Camila. He sneaks into the house where she is staying and emits a special high-pitched whistle that makes his daughter come running. Then he gave her a huge kiss, which, at this point in the competition, was basically sloppy sevenths.

Best Foreshadowing: Sharleen interviews that she is feeling ambivalent about Juan Pablo. She needs some alone time with him to make a real connection with him, because as it stands now, she is definitely not ready to introduce him to her family next week. Meanwhile, Juan Pablo is earning high-fives from his family, because Sharleen might be “The One.”

Most Awkward Date Card: Juan Pablo stops by the women’s hotel room and pulls something out of his pants — for once it’s just a date card. It’s a one-on-one date with Sharleen who seems less than ecstatic at the idea, much to the annoyance of some of the other women who would happily take anything Juan Pablo pulled out of his pants.

Best Euphemism: Sharleen runs upstairs to get ready for the date and to tell the camera her concerns about him: “We’re missing this cerebral connection.” In short, for Sharleen, he’s not much more than walking washboard abs.

Good Date Problems To Have: Sharleen can’t figure out why she can’t stop kissing Juan Pablo. Probably because she’d rather kiss him than listen to him talk. She tries to kick start the requisite “cerebral connection” by shoving her tongue down his throat. When Sharleen returns from her date, she goes to talk to the house RA, Renee, because she’s still not feeling it.

Second Date: Nikki gets her second one-on-one date with Juan Pablo, much to Chelsie’s surprise. Much to the rest of the world’s surprise, Chelsie is still on the show. Juan Pablo is taking Nikki to his daughter’s dance recital, which is …weird. Not only will Nikki meet Juan Pablo’s daughter, but also his parents and his ex, all while she wears super short cut-offs and a tank top. Everyone plays nice and Nikki doesn’t seem that embarrassed by her outfit. To reward her for good behavior, Juan Pablo takes her to his office. Okay, it’s in Marlins Park, apparently, but still: Lame date. Then Juan Pablo makes puppy dog eyes at Nikki and tells the camera, “She’s thinking, and I like that.”

The Big Reveal: Sharleen has some big news. She’s leaving. She tells the women first and they all make fake-sad faces while “Pleasegohomepleasegohomepleasegohome” thought bubbles form over their heads. Then she goes to tell Juan Pablo and explains that she couldn’t accept a marriage proposal in three weeks’ time, as if that’s a thing that actually happens on this show. Juan Pablo takes the news well, wiping away Sharleen’s tears and thinking of who he should date next.

Group Date: In the wake of Sharleen’s departure, Juan Pablo is forced to console himself in the arms of Andi and Chelsie and Renee and Clare. They fly to a private beach on a seaplane and Juan Pablo plays duck, duck goose until he finds Ambivalent Andi, who is Sharleen’s understudy in ambivalence, and gives her the rose. That means that not only is Andi going to bring Juan Pablo home to meet her family, but she also is going on a special evening with just Juan Pablo, while the rest of the women have to trudge back to the hotel and think about their life choices and pick fights with each other. Specifically, Clare decided to scrap with Nikki, who, of course, had none of it.

Best Metaphor: “Clare’s like a dog, and she peed on him first,” says Nikki, post fight. “But she may have marked some territory that’s not hers.” No word on whether Nikki meant that literally.

The Cocktail Party: Clare and Nikki have reached detente, but aren’t speaking, which makes for an awkward cocktail party. To make the most of it, the producers crank up the crickets and leave the camera on Nikki and Clare the entire time.

The Rose Ceremony: Andi earned her rose by publicly dancing with Juan Pablo, which left three roses for Juan Pablo to dole out. Nikki’s name is called first, which she clearly appreciates. Clare is second and she accepts it, even though you can tell she is already planning a wedding day tantrum when she will bring up this affront. The final rose of the evening goes to Renee, meaning that Chelsie is out, which is not really a surprise to anyone but her. Juan Pablo graciously cries as he sees her off as Clare mutters, “Huge mistake.” Chelsie makes a classy departure, telling Juan Pablo that she hopes he finds his best match and she finds hers. He tells her that he will always think fondly of their five group dates (guessing!). She kisses him goodbye and then cries in the limo, but her tears are nothing compared to Juan Pablo who cries like the whole world is chopping onions.

MORE: Girls Recap: I Hate All My Friends 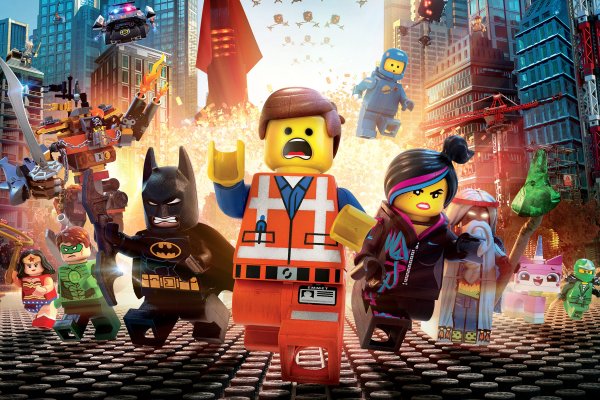 The LEGO Movie Builds a Fortune
Next Up: Editor's Pick