A Tennessee woman was charged with first-degree murder on Monday, after the body of her 7-week-old baby was found in a ditch near Memphis over the weekend.

When Aniston was first reported missing in January, Angela reportedly told police that the baby disappeared after she left the baby at home with her 3-year-old child when she took her 5-year-old child to school.

Angela has already pleaded not guilty to aggravated child abuse or neglect, charges for which she was free on $250,000 bond before she turned herself in on Monday. A motorcyclist discovered the body in a ditch on the side of a road in Millington, Tenn. on Sunday. 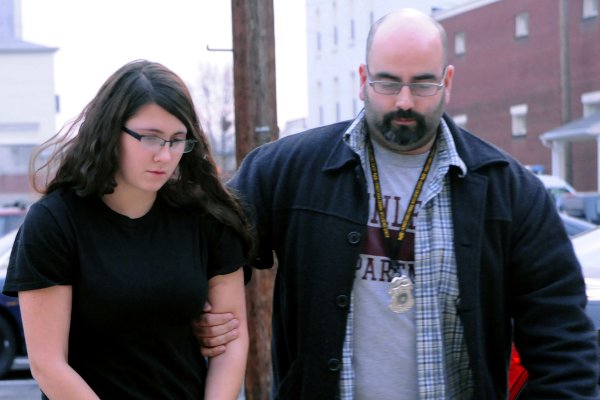 Accused Craigslist Killer: I Murdered 22 More
Next Up: Editor's Pick