Bode Miller Defends Reporter Who Brought Him to Tears

US skier Bode Miller cries after the Men's Alpine Skiing Super-G at the Rosa Khutor Alpine Center during the Sochi Winter Olympics on February 16, 2014.
Alexander Klein—AFP/Getty Images
By Eliana Dockterman

An NBC reporter brought American skier Bode Miller to tears Sunday after he won the bronze medal in the Super-G, with what many thought were excessive questions about his brother’s death. But Miller has since jumped to the reporter’s defense.

Miller made history as the oldest alpine skiing medalist when he won his sixth Olympic medal Sunday. NBC had been closely following the Miller family throughout this Olympics.

But fans said NBC may have pushed Miller too far after his bronze finish, focusing on the skier’s loss of his brother, snowboarder Chelone (Chilly) Miller,who was 29 when he died of a seizure last year.

Christin Cooper, a two-time Olympian and silver medalist who works as an alpine skiing analyst for NBC, interviewed him before the medal ceremony.

Cooper began by asking Miller if this medal was different from his last five.

Miller doubled over crying, blocking his face from the camera with his arm. Cooper quickly apologized and comforted Miller.

Miller took a moment to compose himself squatting on the ground, before his wife came and hugged him. The camera continued to follow him for over a minute as he grieved. Critics expressed their outrage on Twitter. Some even pointed to Cooper’s quickly-edited Wikipedia page.

But after the furor on Twitter, Miller defended Cooper Monday morning. He tweeted that the correspondent only asked the questions any journalist would have asked: 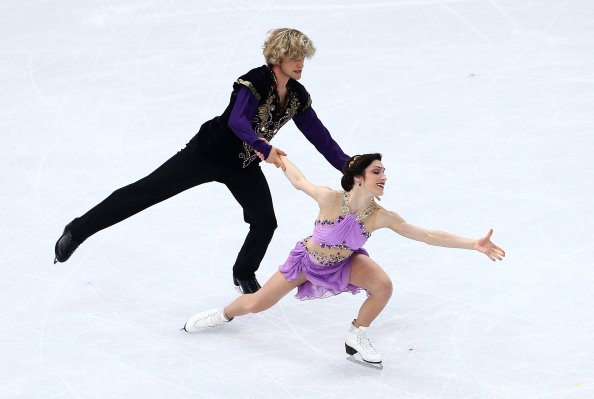