Russia security officers arrested two members of the protest group Pussy Riot on the streets of Sochi, host city of the Winter Olympics, on Tuesday morning. The women, Nadezhda Tolokonnikova and Maria Alyokhina, were released from prison less than two months ago as part of a sweeping amnesty in the lead-up to the Games. Both women, who spent two years in prison for protesting Russia’s lack of separation between church and state, were back in custody Tuesday morning, but were quickly released, the Associated Press reports.

On her Twitter page, Tolokonnikova wrote that she and Alyokhina were surrounded by a crowd of agents from Russia’s counter-extremism police while walking near the sea port building in Sochi, home to a club house for Russia’s athletes and Olympic organizers. They had come to the Olympic city to stage another protest against the rule of President Vladimir Putin, Tolokonnikova wrote. “We are in Sochi with the aim of holding another Pussy Riot action. Our song is called ‘Putin will teach you how to love the motherland’.”

The arrest was the latest indication of a possible post-Olympic crackdown in Russia that seems to have begun even before the closing ceremony of the Games. On Monday, Russian authorities forbade the country’s leading opposition activist Alexei Navalny from visiting Sochi during the Olympics. Later that night, the Kremlin’s leading television channel, Rossiya, which is the official Olympic broadcaster in Russia, aired an hour-long propaganda film accusing opposition figures and activists of being traitors on the payroll of the United States, which the film compares to Nazi Germany. 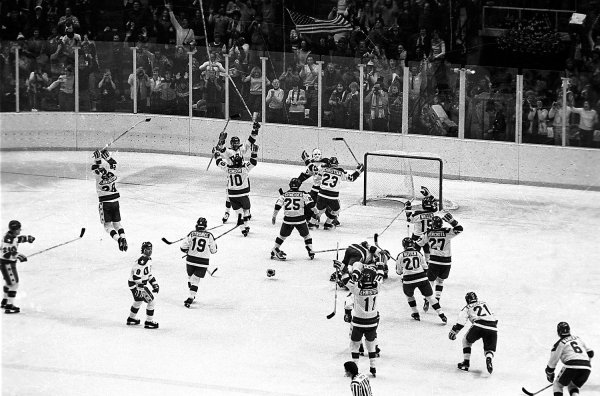 It's Time to Get Over the 'Miracle On Ice'
Next Up: Editor's Pick