Kelis Dresses Up, Gets Down in "Jerk Ribs" Video: Premiere

Kelis has gone through a few incarnations over the course of her 15-year career. As Pharrell’s muse, she made strange, funky pop songs like “Milkshake” that took over American radio; she was more forceful still with clanging, dissonant R&B tracks like “Bossy”; then, she transformed into a spaced-out electrohouse diva on her last album, 2010’s Flesh Tone, which saw her topping the dance charts and touring with Swedish pop pixie Robyn. But after spending several years training as a chef at Le Cordon Bleu, she’s marrying her two loves — music and food — on a new album called (what else?) Food.

The first single, “Jerk Ribs,” is a rootsy sliver of funk-lite produced by TV On the Radio’s Dave Sitek, pairing her husky vocals with a toe-tapping backbeat and shimmering chorus; the horns are the loudest thing here. The video is as eclectic and visually far-flung as the song itself, a melange of lush and gritty textures: Kelis pouts and preens in different photo shoots and performs at a garden party, but she’s always being tended to by a makeup artist or coached by a photographer. In this video, as with cooking, it’s less about the finished product and more about the process.

“This song is the cornerstone of my album,” Kelis told TIME. “So I wanted the video to look like my life, my love — back to the beginning.”

Watch the world premiere of the “Jerk Ribs” video up top. 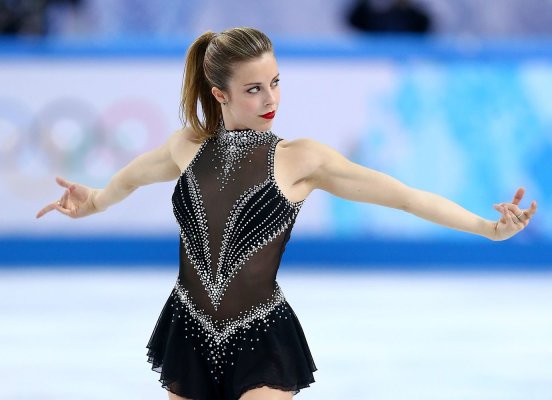 Ashley Wagner’s Suit of Armor and Other Secrets of Figure Skating Costume Designers
Next Up: Editor's Pick