Apple, the world’s most valuable technology firm, should buy Tesla, the pioneering electric-car company that’s defied the skeptics and become a new icon of Silicon Valley innovation. That was the idea floated late last year by a financial analyst who made headlines by suggesting that Apple “could reignite the U.S. auto industry” by helping to “accelerate” the global shift toward hybrid and electric vehicles.

It’s a notion that’s back in the news after the San Francisco Chronicle reported on Sunday that Apple’s top dealmaker, Adrian Perica, met with Tesla CEO Elon Musk at the Apple headquarters last year. There’s no indication that an Apple deal to buy Tesla is in the works, but the prospect of a merger between the two companies has caught the interest of many tech watchers at a time of intense speculation about Apple’s next big move.

Talk about a new product category.

If the idea of Apple buying Tesla sounds far-fetched, that’s because it is. Apple has historically avoided doing large acquistions, preferring to grow from within and husband its cash. Unlike other tech giants such as Google, Microsoft and Yahoo, Apple has never done a $1 billion deal. It simply hasn’t needed to. Apple has grown into the world’s most famous tech company on the strength of its groundbreaking product vision, design, marketing and legions of die-hard fans willing to snap up the company’s latest gadgets.

But Apple is now in the midst of a multiyear transition as it enters its fourth decade. Apple’s growth rate is slowing, the company faces increased competition in the mobile market, and it hasn’t launched an entirely new product since the 2010 introduction of the iPad. It’s been 2½ years since Apple’s revered co-founder Steve Jobs died, and Wall Street analysts and consumers alike are eagerly awaiting Apple’s next breakthrough. Tim Cook, the company’s CEO, has been typically coy, but speculation has focused on a “smartwatch” device or next-generation TV product.

In his letter to Cook and Apple board chairman Art Levinson, London-based financial analyst Adnaan Ahmad, who works for German investment bank Berenberg, suggested that Apple should set its sights on the car business. “The auto industry is going through a technological discontinuity in its shift to hybrid and electric vehicles,” Ahmad wrote. “This is still in its very early innings. Apple needs know-how (technology, platform strategy and dealer network) in this space and hence I propose that you should buy Tesla.”

Ahmad said by acquiring Tesla, Apple could be “the catalyst to accelerate this shift as it has been in other industries that you have disrupted in the past” such as the mobile-phone and tablet markets. “Apple could reignite the U.S. auto industry and give it a competitive edge vs. the current Asian and European leaders, similar to what you have done in the smartphone and wireless space where the U.S. is now at the forefront of technological leadership after having been a laggard for over two decades,” he wrote.

Ahmad acknowledged that his proposal “is likely to be ridiculed by many, and even by you” but said “the problem I see with your stock is that in the absence of any ‘out of the box’ move to a sizable new vertical market, the key debate will always be about your ability to sustain these ‘abnormal’ margins in your iPhone business — and let’s not forget, the consumer-technology industry has been the graveyard for many historically great brands (Sony and Nokia spring to mind).”

(MORE: Google Is Making Itself a Lot Leaner and Meaner)

An Apple acquisition of Tesla is a long shot — to say the least — and it’s easy to write off Ahmad’s letter as an attention-seeking stunt. But the fact that industry observers are even discussing the possibility underscores the growing sense of uncertainty on Wall Street about the company’s future direction. Should Apple continue to focus primarily on refining its signature iPhone and iPad devices? Should the company branch out and try to disrupt a category like televisions, digital payments or wearable devices? What will drive Apple’s growth over the next five years and beyond?

It’s hard to imagine that an Apple union with Tesla could have been possible when Jobs was still alive. The intensely demanding and mercurial Apple co-founder did not have a reputation as a person who was eager to share the spotlight, which he would have had to do with Tesla’s Musk. As for Musk, it’s difficult to believe he would be willing to give up control of the electric-car pioneer that he’s built against such long odds. As a public company, Tesla has ample access to the Wall Street funds it needs to continue to grow, and the company’s stock price is soaring ahead of this week’s earnings report.

One thing’s for sure. Tesla may have a market capitalization of $24 billion, but that’s a price that Apple, which is currently worth $485 billion, could easily afford. “We have no problem spending 10 figures for the right company that’s in the best interest of Apple in the long term,” Cook recently told the Wall Street Journal. “But we’re not going to go out and buy something for the purposes of just being big. Something that makes more fantastic products, something that’s very strategic — all these things are of interest, and we’re always looking regardless of size.” 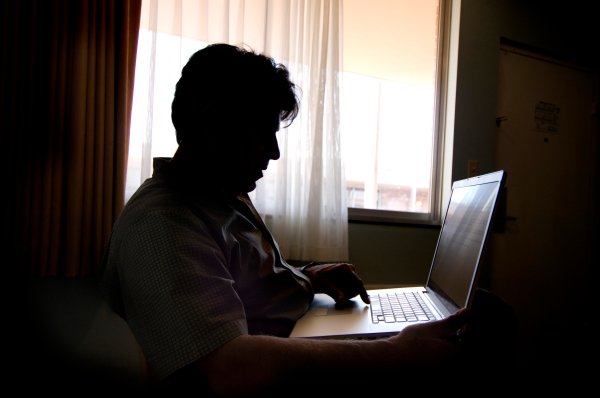