The Silk Road Is Back: The Dread Pirate Roberts Sails The Illicit Online Drug Trade Again

An artist rendering of Ross William Ulbricht during a federal court appearance in San Francisco on Oct. 4, 2013.
Vicki Behringer—AP
By Jay Newton-Small

Six months after the arrest of Ross Ulbricht, the alleged founder of Silk Road, the largest online marketplace for illicit drugs and other contraband, business has never been better for the website, according to a new report to be released Wednesday by the Digital Citizens Alliance obtained exclusively by TIME.

There are approximately 13,648 listings for drug on the Darknet website, which requires anonymization technology to known as Tor to access, compared to the 13,000 listed shortly before Ulbricht’s arrest. While that’s an increase of just five percent, the Darknet drug economy has grown an astonishing 75% in the last six months thanks to the proliferation of Silk Road competitors, according to the report. The group spent eight months studying the Darknet drug economy both before and after Ulbricht’s arrest.

Many believed that the Darknet drug trade would die out after Ulbricht’s arrest and the subsequent arrests of three original Silk Road employees. As Lev Grossman and I wrote in a cover story last November, the genius in Ulbricht’s model was to create trust between drug dealers and buyers. He created an Amazon-style marketplace where users and sellers could rate one another, thus building a proven record that the person you’re selling to, or buying from, isn’t a cop in disguise.

Following Ulbricht’s arrest and the Federal Bureau of Investigation’s shuttering of the Silk Road website, traffic surged to two competitors, Black Market Reloaded, known for their anything-goes attitude (Silk Road, for example, refused to sell child pornography and weapons of mass destruction) and Sheep Marketplace. Within weeks of Ulbricht’s arrest, Sheep Marketplace shut down citing a security breach. But users believed the site’s owners had simply stolen the $44 million worth of bitcoin in the system when they closed. The online drug trade looked doomed.

But Silk Road soon reopened, with a new “Dread Pirate Roberts”—Ulbricht’s alleged user name taken from the movie The Princess Bride—claiming ownership. At first, it seemed like Silk Road 2.0 might also falter when some $2.6 million worth of bitcoins were stolen in February, according to the report. But DPR2, as he or she is being hailed on the new Silk Road, devised a plan to repay those who’d had bitcoin stolen in order to rebuild confidence in the site. The scheme worked and Silk Road 2.0 is doing better than ever, according to the report.

This, of course, was the Dread Pirate Robert’s plan all along. Why else chose the moniker? After all in the movie, it’s the name and the legend that matter—not the actually person. Here is how the character Westley described the legend in the movie: 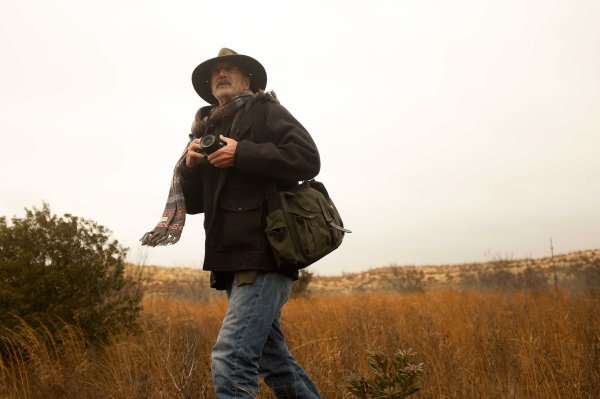 Necessities, Not Accessories: Camera Bags by Magnum Photographers
Next Up: Editor's Pick