Here's What Happens When Young Girls Are Called Fat

When you call a young girl fat, the effects could actually show up on the scale.

Girls who are told they are fat by a parent, siblings, friend, classmate or teacher when they are 10 years old are at a higher risk of being obese by the time they turn 19, according to a new study.

UCLA researchers looked at 1,213 African-American girls and 1,166 white girls in Northern California, Cincinnati and Washington, D.C. Fifty-eight percent of them had been told they were too fat by the time they were 10. The girls were weighed at the start of the study and again at the end. Those who were told they were chubby were 1.66 times more likely to be obese when they were 19, and the more people who told the girls they were fat, the more that likelihood increased.

The trend still stood even after the study authors accounted for contributing factors like race, puberty and income. “Simply being labeled as too fat has a measurable effect almost a decade later. We nearly fell off our chairs when we discovered this,” study author A. Janet Tomiyama, an assistant professor of psychology in the UCLA College of Letters and Science, said in a statement.

The findings, which still need to be replicated, show that not only does calling girls fat not help them lose weight, it actually may encourage them to pack on the pounds. The researchers speculate that the stress of being told they’re fat may actually spur weight-gaining behaviors like overeating. For some, though, a bit of tough love actually works. TIME reporter Charlotte Alter wrote that her mom once told her she had put on a couple pounds, and she appreciated the honesty. Different strokes.

The study is published in the journal JAMA Pediatrics. 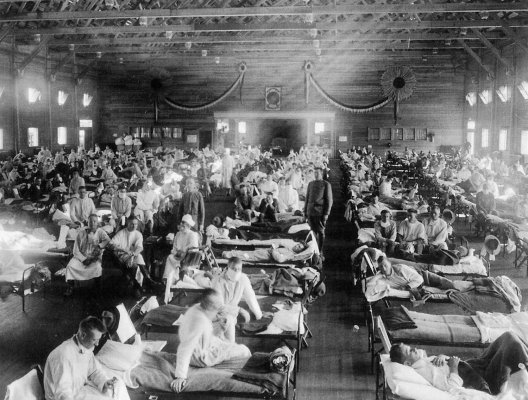 Solving the Mystery Flu That Killed 50 Million People
Next Up: Editor's Pick