It only took 38 years, but the U.S. finally has a gold medal in ice dance.

The pair beat their rivals and training mates Tessa Virtue and Scott Moir, the Canadians who hoped to repeat their 2010 Olympic victory but earned silver.

Both teams have said their unique training environment—sharing ice time and the same coach—is a motivator for their practices.

Davis and White set the bar high early in the competition, outscoring the Canadians during the inaugural team event and then setting a record score in the short dance to the quick step and foxtrot.

The Americans finished 2.56 points ahead of the Canadians by getting credit for performing skills with the highest level of difficulty and being rewarded for their skating skills in the tight traveling spins known as “twizzles”.

The Americans continued their dominance in the free skate, earning 116.63 points to the Canadians’ 114.66 to win their history-making gold. Adding in the short program scores, overall, Davis and White outscored Virtue and Moir by 4.53 points.

The bronze went to Russia’s up-and-coming duo Elena Ilinykh and Nikita Katsalapov, who enthralled the judges with their rendition of Swan Lake. Americans Madison Chock and Evan Bates and Maia and Alex Shibutani finished eighth and ninth, respectively, establishing a strong foundation for U.S. ice dance for the 2018 Olympics in Pyeongchang, South Korea.

Since the event became an Olympic sport at the 1976 Games, Eastern European teams, primarily from Russia, have dominated the podium. Virtue and Moir became the first North American team to win in 2010 in Vancouver. This is Team USA’s fourth ever medal in the event; Colleen O’Connor and Jim Millns earned bronze in 1976, Tanith Belbin and Ben Agosto silver in 2006, and Davis and White skated to silver in 2010. 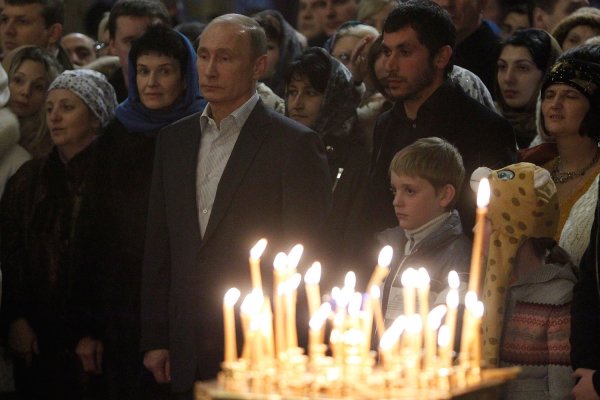 Sochi's Olympic Cathedral May Be Its Holiest White Elephant
Next Up: Editor's Pick