Every Execution in U.S. History in a Single Chart

This post was updated on April 25, 2017 to reflect most recent figures.

Mouse over or tap a bar in the chart to see the figures for that year.

Arkansas conducted a rare double execution on Monday, putting to death two inmates by lethal injection within hours of one another. The state conducted its first capital punishment in 12 years last week and has a fourth scheduled for Thursday, just days before one of the drugs used in its lethal injections expires.

Capital punishment has become increasingly controversial over the past several years due to legal challenges over the use of a sedative that has led to several botched execution attempts, including one in Arizona in July of 2015 and a similar one in Oklahoma earlier that year. Both incidents were quick to throw the prevailing method of execution in the United States into turmoil.

How states have executed prisoners has changed over time. More than half of the 15,746 executions in U.S. history have been by hanging. Today, lethal injection has replaced electrocution as the dominant method of capital punishment in the United States. Lethal injection has failed to quickly kill a convict before this year too. (There were no executions from 1967 to 1977. They resumed following a Supreme Court ruling.)

Data for historical executions through 1976 are derived from research conducted by M. Watt Espy and John Ortiz Smykla. Data since the end of the hiatus come from the Death Penalty Information Center.

—Emily Maltby and Lon Tweeten contributed reporting to this story. The source code for this project is available on Time’s GitHub page. 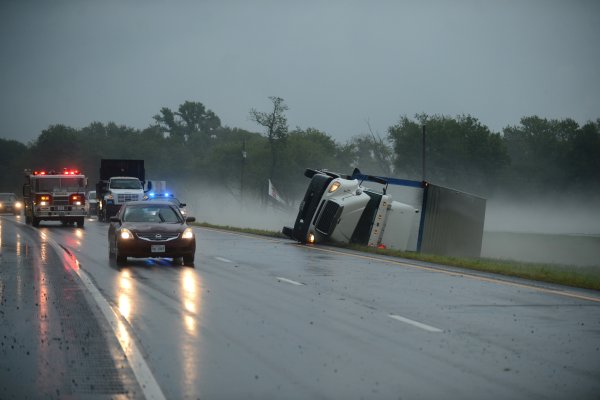