China Could Overtake the U.S. as the World's No. 1 Economy This Year

A worker walks past a steel factory in Beijing on April 1, 2013
Kim Kyung Hoon—Reuters
By Michael Schuman/Beijing

China’s economy is catching up to the U.S.’s much more quickly than anticipated. That’s according to a new report from the International Comparison Program of the World Bank.

The study recalibrates GDP statistics based on updated estimates of “purchasing-power parity” — a measure of what money can actually buy in different economies. In the process, the economy of China comes out far larger than we had previously thought. Its GDP surges to $13.5 trillion in 2011 (the latest year available), compared with the $7.3 trillion calculated using exchange rates. That catapults China’s economy much closer to that of the U.S. — at $15.5 trillion. Forecasting ahead, these figures show that China could overtake America as the world’s largest economy as early as this year.

This day, of course, was always going to arrive. The ascent of China to the world’s No. 1 slot has been inevitable ever since the country embarked on its great quest for wealth in the 1980s. With a population heading toward 1.4 billion, the question has been when, not if, China will topple the U.S. from its lofty perch. Still, we can’t ignore the historic significance of that switch. The U.S. has been the globe’s unrivaled economic powerhouse for more than a century. The fact that China will replace the U.S. at the top is yet another signal of how economic and political clout is rapidly shifting to the East from the West.

That quickly gets everyone’s passions boiling over. To many Chinese, becoming No. 1 is vindication for what they feel has been two centuries of humiliation at the hands of an aggressive West and proof that its authoritarian, state-capitalist economic model is superior to the democratic, free-enterprise systems of the U.S. and Europe. In the U.S., losing the top spot is seen as a symbol of America’s decline on the world stage.

Yet we shouldn’t get ourselves too worked up. These new figures don’t mean as much as many people think. Leaving aside the obvious statistical questions the report raises about the value of GDP figures generally, where the U.S. and China rank misses the more important point: bigger isn’t necessarily better.

Even if China does become No. 1, that would just be a mask covering up the reality of the economy’s weaknesses. Some of the factors that have been driving GDP upward are also signs of China’s deteriorating economic health — investment in excess capacity, the construction of wasteful real estate projects and the buildup of crazy levels of debt. China is losing its cost competitiveness but still lags badly in the managerial expertise, technology and financial professionalism necessary to develop a truly advanced economy.

Beijing’s leadership is embarking on an ambitious program of reform to make the state-led economy more market-oriented and give private business greater sway. But the challenges of implementing these reforms are huge and could cause a dramatic economic slowdown, or even worse. Many economists and analysts (myself included) have openly wondered if China is heading toward a full-blown financial crisis.

On the flip side, if the U.S. slips from its No. 1 position, it doesn’t spell doom. The U.S. still has a substantial lead in innovation, and its dominant position in many industries and sectors is not about to vanish. New York City will remain the world’s premier financial center, and the dollar will reign supreme on the world stage for some time to come. Still, wherever the U.S. ranks, its economy too is badly in need of reform. Better infrastructure, a smarter tax code, an improved education system and more determined efforts to close the income gap would also strengthen the economy’s foundation for growth.

So we shouldn’t get too stuck on who is No. 1 and who isn’t. Ultimately it’s what you do with your economy, and not its size, that matters. 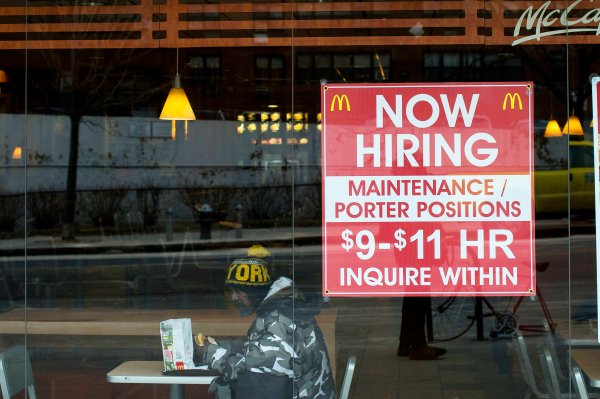