Mark Kelly Can Juggle—But Not in Space

It turns out that former astronaut Mark Kelly has a party trick.

“I can juggle,” Kelly—who became an outspoken gun control advocate when his wife, former Rep. Gabrielle Giffords, survived a 2011 shooting—said Tuesday during a brief interview at the TIME 100 Gala in New York.

Asked what he can juggle, he said, “anything.” Asked how many objects, he said three.

But space is the final frontier for juggling—he can’t really do it there.

Kelly said he was looking forward to meeting TIME 100 honoree Alfonso Cuarón at the gala. Kelly has seen and loved Gravity but hasn’t met the director. 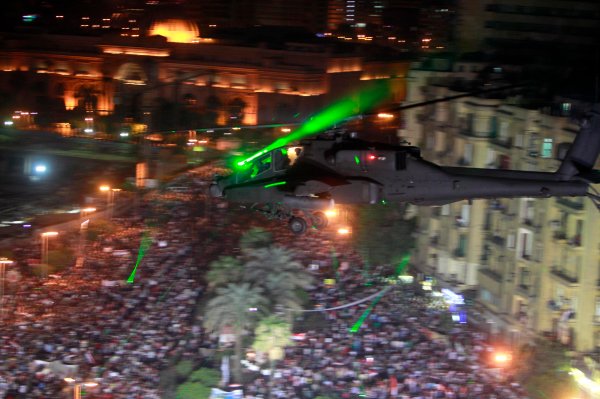 Nurturing Egyptian Democracy with Helicopter Gunships
Next Up: Editor's Pick