A Breathalyzer For Lung Cancer May Be On Its Way

Testing for cancer is an invasive – not to mention frightening – process. So wouldn’t it be great if you could breathe your way to a diagnosis?

Researchers aren’t quite there yet, but they’re making progress. Dr. Michael Bousamra II at the University of Louisville School of Medicine reported that he’s had success in scanning exhalations for four cancer compounds that can distinguish between lung tumors and benign growths. The test is also more specific than expensive PET scans for distinguishing between the two types of growths.

Having a noninvasive less expensive way to separate potential cancer patients from those without the disease could go a long way toward getting the patients into life-saving treatments early in their disease, while giving those without cancer peace of mind, not to mention saving them from weeks or months of additional testing.

Piggybacking off previous work that identified four compounds that seemed to be elevated in the breath of lung cancer patients compared to healthy controls, Bousamra compared levels of these agents among 107 patients with lung cancer, seven with metastatic disease, 40 with non cancerous lung disease, and 88 healthy individuals. Each breathed into a device containing a microchip coated with compounds designed to detect these found cancer-related compounds. Having higher levels of three of the four compounds accurately predicted lung cancer. Bousamra doesn’t expect it will be enough to diagnose cancer alone, but it could be a relatively easy – and non-invasive – way to identify people who may need biopsies or more tests.

MORE: A New Way to Detect Lung Cancer? Dogs Can Sniff It Out

Other scientists working on similar breath-based tests for cancer note that their biggest challenge is making sure that the test doesn’t pick up on other, confounding factors such as the toxic products of the bacteria living in our mouths and guts, or the pollutants that we breathe in from the air every day.

But Bousamra is confident that it will eventually be possible to pinpoint lung cancer’s chemical signature, and make breathalyzers, not just for lung cancer but for other tumors, a reality. It would certainly be welcome news for patients who might be able to avoid an invasive biopsy. 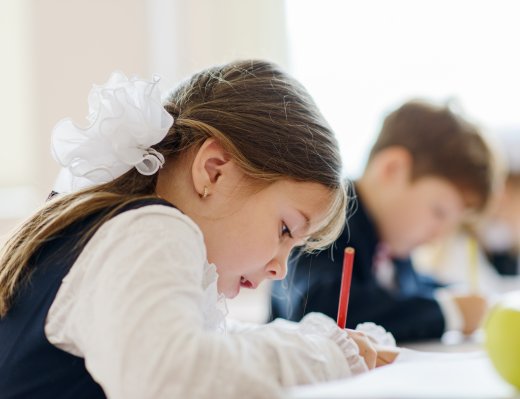 Girls Beat Boys in Every Subject, and They Have for a Century
Next Up: Editor's Pick