REVIEW: The Amazing Spider-Man 2: A Web of Missed Opportunities

Peter Parker (Andrew Garfield) has just returned home, sneaking through his bedroom window, after some grimy crime-fighting as Spider-Man. His dear Aunt May (Sally Field) bursts in and observes how dirty he is. Fishing for an alibi, Peter can manage only the preposterous, “I was cleaning the chimney.” Aunt May says, “We have no chimney,” and Peter, as if stunned, gasps, “What?”

That nice exchange — summoning memories of Humphrey Bogart telling Claude Rains in Casablanca that he came there for the waters and, on being reminded that they are in the desert, tersely replying, “I was misinformed” — also serves as a key to the Peter-Spidey duality in The Amazing Spider-Man 2. He’s a Marvel superhero given strength and air power because of the arachnid goop in his veins, like the pine tar on the neck of Yankees pitcher Michael Pineda. But Peter is also just a teenager flummoxed into an inane lie when a parent figure gets suspicious.

This conflict — preternatural man vs. confused kid — lent The Amazing Spider-Man its buoyancy and gravity when it appeared in 2012, just five years after Sam Raimi wrapped up his own Parker trilogy. It could have been a premature exhumation of a popular series. Instead, as directed by Marc Webb from a script by James Vanderbilt, Steve Kloves and Raimi regular Alvin Sargent, it reanimated and enriched the Spider-man legend. The love of Peter for Gwen Stacy (Emma Stone) and, hardly less, for the aunt and uncle (Martin Sheen) who raised him, made the first Amazing both a budding romance and a family film, one that occasionally had to slap itself into action-movie mode for the obligatory villain — a questing researcher (Rhys Ifans) transformed by weird science into a giant lizard — and the battles to save an imperiled New York.

It’d have been a good idea to build on this foundation and sustain the first movie’s sweet mixture of domesticity and melodrama. But the sequel, again directed by Webb, this time from a screenplay by Alex Kurtzman, Roberto Orci and Jeff Pinkner, goes frantic and rote by turns, mislaying the power of the central love story and piling on the mutant adversaries. For at least this installment, Spider-Man is Amazing no more.

ASM2 begins cleverly: a mirror image of the first scene in the first movie, when young Peter’s parents, father Robert (Campbell Scott) and mother Mary (Embeth Davidtz) walked out forever, leaving the boy with just two parting words: “Be good.” Then we were confronted with an abandoned child’s sorry confusion; now we follow Robert and Mary on a secret mission in a private airplane. The teen Peter will track clues left by Robert to the source of the scientific breakthrough that got Dad in mortal trouble and made Son a cross-species hero.

Good start, but then it goes awry. Recall how, in the 2012 movie, Garfield brought the restless, borderline-weird intelligence of the young Tony Perkins to Peter, to complement Stone’s wry, assured charm. Peter’s and Gwen’s teen stammering led to a great first kiss — on a rooftop, as he spins a web around her waist and pulls her to him — and a let’s-go-flying consummation of their affections. (She calls him “Bug Boy.”) Each of them was mourning a violent death in the family: Peter his Uncle Ben, Gwen her police-chief father (Dennis Leary). With his last breath, Captain Stacy coaxed a promise from Peter that he would not involve Gwen in his exploits.

In this installment, that vow ensnares Peter like a webbed straitjacket. Forgetting that, at the end of the first film, he whispered to Gwen that broken promises “are the best kind,” Peter mostly keeps her out of the action, which keeps the lively Stone out of much of the movie. There’s also a silly career-crisis subplot: she’s headed for Oxford University. His response should be, “That’s okay, I’ll go save England,” but the two just mope, as if Spider-Man’s power applies only in New York City, and fret that they’ll be separated for years. Deprived of a central role or much screen time, Stone gets to show less verve here than she did on Monday’s The Tonight Show in her lip-sync contest with Jimmy Fallon.

A less-than-worthy sequel to the 2012 picture, The Amazing Spider-Man 2 is more reminiscent of Batman Forever (1995) and Batman & Robin (1997), which, in the franchise’s directorial wasteland between Tim Burton and Christopher Nolan, believed that the series could be extended simply by signing big stars to play new villains: Jim Carrey as the Riddler, Arnold Schwarzenegger as Mr. Freeze. The celebrity import here, Jamie Foxx, displays a downtrodden dweeb’s comic poignancy as Max Dillon, brainy electrician at the maleficent multinational Oscorp (where Robert Parker did his work and Peter got bitten). But Foxx disappears into the CGI effects when he becomes Electro, the monster who blows the circuits on Times Square. There’s another evil creature, the armor-plated Rhino (Paul Giamatti), whose late arrival in the movie smacks of the screenwriters’ desperation to make their action-scene quota.

Nor was it the most brilliant idea to reintroduce Oscorp founder Norman Osborn and his son Harry — together they’re the Green Goblin — from the Raimi films, when they were played by Willem Dafoe and James Franco. Now with Chris Cooper and Dane DeHaan in the roles, they add little to the old father-and-son sorcery:. the old man blusters and the young man whines. DeHaan’s tremulous-teen routine, like a Michael Cera with no sense of humor, usually works, but the troubled youth shtick is getting old. He’s not a proper rival to Garfield, as Franco was to Tobey Maguire. And the Peter-Harry combustion is meant to be the core of the movie — one that forgot where its heart should be: with Peter and Gwen.

Marvel intends this to be the meat in a superhero sandwich, between the early-April Captain America: The Winter Soldier and X-Men: Days of Future Past, arriving in just three weeks. There’s little doubt that The Amazing Spider-Man 2 will make zillions as the first blockbuster of the summer season. But this is not so much a movie as a business proposition, less an event than a seat-filler; it lacks the clarity and emotion of its predecessor. As Aunt May could tell you, The Amazing Spider-Man 2 is all smoke, no chimney. 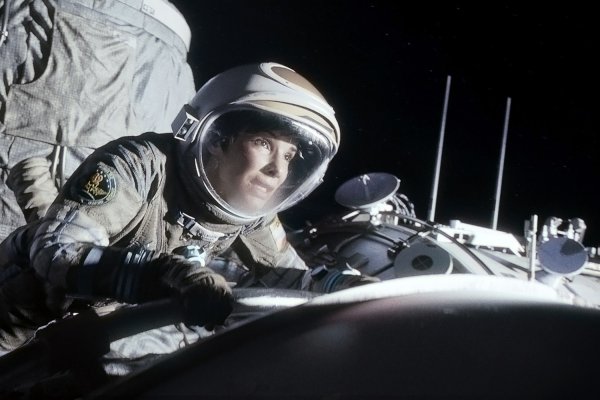