House Republican leaders have repeatedly let a few rays of hope shine on the prospect of passing an immigration reform bill this year, only to quickly close the door and draw the blinds. They did it again Tuesday.

Last week in his home district, House Speaker John Boehner chided members of his conference for their resistance to passing a reform bill. “Here’s the attitude: ‘Ohhhh. Don’t make me do this,’” he said and squirmed to laughter while speaking at a local rotary club. “’Ohhhh. This is too hard.’”

The comments, after leaders unveiled a set of immigration reform principles in January and Boehner reportedly told donors at a Las Vegas fundraiser last month that he was “hell-bent” on passing a bill this year, seemed to indicate that he was pressing his Republican to finally move on the issue. The Senate passed a comprehensive package last summer.

But returning to Capitol Hill on Monday after a two-week recess, Boehner changed his tune in a meting with his conference. “That was the first thing that he addressed,” Rep. John Fleming (R-La.) said. “He probably went a little too far. He was really more kidding around than anything.”

Fleming said that Boehner did not mention passing an immigration bill this year, and explicitly stated the House would not go to a conference committee to reconcile differences with the Senate’s bill, which provides a path to citizenship for immigrants in the country illegally. Two House Republicans from Illinois, Reps. Aaron Schock and Adam Kinzinger, said last week that they support some sort of legal status for undocumented immigrants.

“There was no mocking, you all know me,” said Boehner during a news conference at Republican National Committee headquarters near the Capitol on Tuesday. “You tease the ones you love.”

Repeating a line that Republicans have used for months, Boehner said his party can’t trust President Barack Obama as a partner on immigration reform because of how the Administration has implemented health care reform law. Asked if there’s a bloc of intractable members in his conference, Boehner responded: “I also make clear that the 38 changes that the President has made to Obamacare, the 38 delays in Obamacare are some of the root of the problem that we’re dealing with.”

“I think our conference frankly wants to see the rule of law enforced, and that’s really been at the heart of these other issues that we’re trying to resolve,” said Louisiana Republican Rep. Steve Scalise, who chairs a group of the conference’s most conservative members. Scalise added that Republicans have been “fairly divided” on the issue.

Rep. Mario Diaz-Balart (R-Fla.), one of the most outspoken Republicans in favor of immigration reform, said that if the conference doesn’t put something forward this year, Obama will take it upon himself through forms of executive action.

“I think if we don’t fix the situation, I think the President will probably act unilaterally,” he said. “And when that happens, there is no room for negotiations.

“It’s got to be this year,” he added. “If it doesn’t happen this year, I don’t think it happens for I think a few years.” 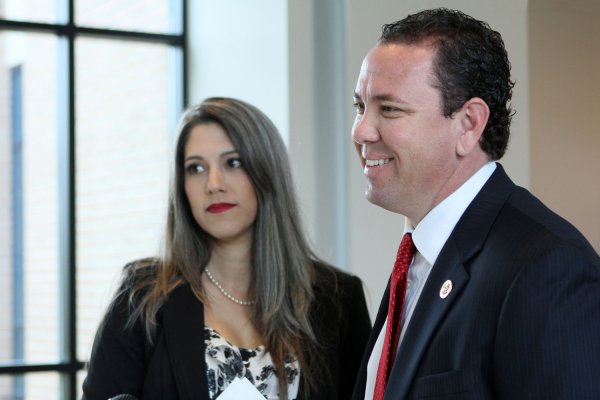