Man Poses as a Cupcake on Tinder, Succeeds Wildly

Writer Lee Breslouer knew Tinder was a competitive dating market. So when he decided to get on the site, he knew what he had to do to get a leg up: pretend he was a cupcake. Single, heterosexual women like men, he explains, “but they love cupcakes.” Sounds like someone’s been watching too much Sex and the City.

Breslouer drew a dashing man’s face (sporting a protruding chin) on a cupcake with brown icing, made it a Facebook profile with a series of action shots (surrounded by beer bottles, for one), then let let it loose on Tinder’s female population. Cupcake-man was a hit.

Before long, the cupcake was flirting with a gaggle of women. “Trust me I know how to handle my frosting,” one wrote. “I’ve been with many cupcakes in my time. But always very briefly,” another confessed.

“My personality and the cupcake’s were merging right before my eyes,” Breslouer writes. He jokes about donuts and milk being his relatives and details his background—carrot cake and cream-cheese frosting. He does far better as a cupcake than as himself on any other dating site, which maybe says as much about ladies as it does about him. 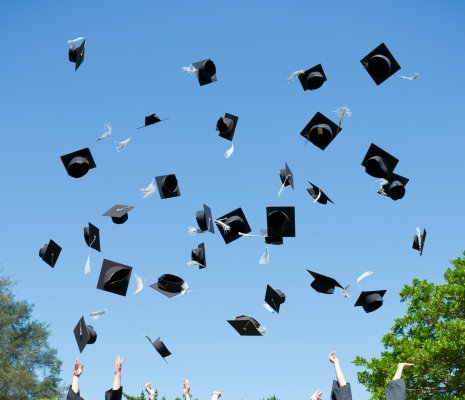 This Student's Graduation Backflip Totally Backfired
Next Up: Editor's Pick