Turkish PM Wants To Extradite Muslim Cleric From The U.S.

A Turkish protester (L) holds up a banner with pictures of Turkish Prime Minister Recep Tayyip Erdogan (C) and the United States-based Turkish cleric Fethullah Gulen (R) during a demonstration against goverment on December 30, 2013 in Istanbul.
Ozan Kose—AFP/Getty Images
By Laura Stampler

Islamic cleric Fethullah Gulen, 74, was once Erdogan’s ally, but went into self-imposed exile in 1997 after rising accusations from the secular government of creating dissent in the state.

Ergodan accused Gulen of trying to build a “parallel state” in Turkey from America. Ergodan has been battling a bribery and corruption scandal in Turkey since December, for which he has blamed the cleric and his Hizmet, or “Service” movement. Gulen has denied claims he wire-tapped Turkish officials and engineered the graft probe that has ensnared the Prime Minister’s government.

“These elements which threaten the national security of Turkey cannot be allowed to exist in other countries because what they do to us here, they might do against their host,” Erdogan told PBS talk show host Charlie Rose in a Monday night broadcast. He told Turkish reporters that the extradition process will begin soon. 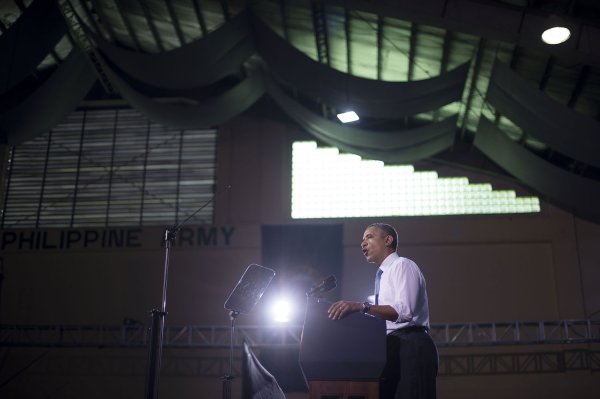