So About That Big Thing That Happened in House of Cards

Kevin Spacey, with director-producer David Fincher, on the set of House of Cards.
Melinda Sue Gordon
By James Poniewozik

SPOILER ALERT: This post discusses an event that transpired in the first episode of season two of House of Cards. Like, a big event. If you’re somebody who really does not like spoilers — I’m talking to you, President Obama — this is something you really don’t want spoiled. Go away.

So, did I tell you something big was going to happen early in season two of House of Cards, or did I tell you? Zoe Barnes, America’s favorite grouchy blogger, let her curiosity push her too far. Then Francis Underwood pushed her the rest of the way. And the D.C. Metro system took care of the rest. Slugline: Dead.

This big to-do was the subtext of my advance review of the season, not just because I had to write around the spoiler itself, but because it affected a larger issue with the show that I wrote about at more length: who will be Underwood’s worthy nemesis?

I can’t say I loved Zoe as a character; she played into a familiar conniving-woman-journalist stereotype and wasn’t much better developed than any other House of Cards character not named Frank Underwood. But she was important to the plot simply as someone who could cause him to break a sweat — a genuine threat to him as he dispatches other obstacles with ease. The episode suggests that the investigation isn’t over; the question is whether it can be as compelling and threatening in the hands of someone who doesn’t have such a history with Underwood. (Also, on a simple plot level, doing the deed himself in such a public place — even if shielded from direct sight — seemed like an awfully reckless move for the studiously careful congressman.)

I won’t overanalyze the scene too much, since I’ve seen only four episodes of House of Cards in advance, and I probably won’t finish it for some time. Whereas you (checks watch) could be farther along than I am already and have a better sense of how this plays out. (If you have, be considerate and don’t discuss any details beyond the season premiere in the comments here, please.)

But whatever the motivations for eliminating such a major character so quickly (in other words, whether Kate Mara jumped or was pushed), you can’t deny its boldness. If part of the point here was to let us know that anything could happen on this show — well, that message arrived at the station right on schedule. 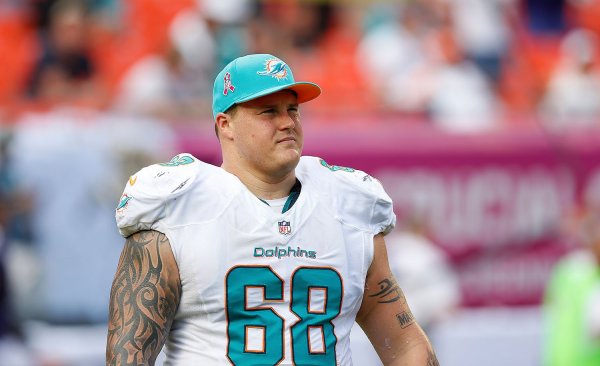 Richie Incognito Is the Bully the NFL Deserves
Next Up: Editor's Pick