A pair of Nike limited edition sneakers are auctioned off at the Nike MAG Berlin auction at the Delight Studios on September 17, 2011 in Berlin, Germany.
James Coldrey—WireImage/Getty images
By Samantha Grossman

In 2011 Nike unveiled a replica of the iconic kicks worn by Marty McFly in Back to the Future II, much to the delight of both sneakerheads and Back to the Future fanatics. The proceeds went directly to the Michael J. Fox Foundation, dedicated to finding a cure for Parkinson’s Disease.

So all of that was great, obviously, but what wasn’t great about these shoes—called the Nike Air Mag—was that they lacked one key feature: the self-tying power laces that blew McFly’s mind in the movie. Luckily, that is about to change, Nike designer Tinker Hatfield told Sole Collector.

Hatfield didn’t specify whether they’ll show up on new versions of the Nike Air Mag or on an entirely new product, but who cares? The future is here. Self-tying power laces are here. Or at least, they’ll be here in 2015, which just so happens to be the year the shoes are actually from in the film.

So, perhaps Nike is deliberately waiting until 2015 to unveil this futuristic feature to stay true to the movie. Or, you know, maybe the technology is just so advanced that the company truly needed this much time to develop it. Either way, we can’t wait for this to be us: 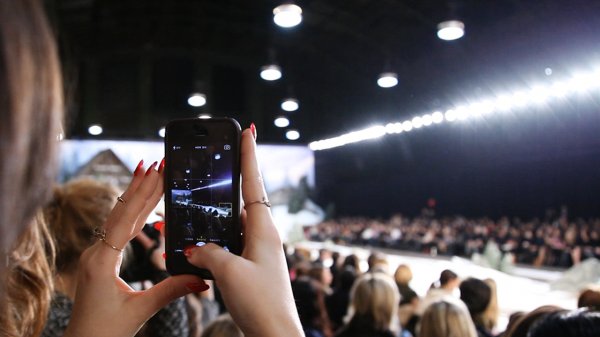