Study: The Smell of Men Stresses Out Lab Mice

Scientists have long used mice and rats as test subjects before developing clinical trials for humans, but a new study suggests the gender of the researchers can influence rodent behavior in a way that could skew their findings.

In a Monday article published online in the journal Nature Methods, researchers at McGill University found that male experimenters cause increased stress levels in lab rodents, while female experimenters does not.

In the presence of men, rats and mice experience a stress response equivalent to swimming for three minutes or being restrained in a tube for 15 minutes. That’s because men secrete many more pheromones, which alert the rodents to the proximity of male animals, than women do. The increased stress makes lab animals of both genders less sensitive to pain, which can influence the results of an experiment.

“Our findings suggest that one major reason for lack of replication of animal studies is the gender of the experimenter — a factor that’s not currently stated in the methods sections of published papers,” Robert Sorge, a psychology professor at the University of Alabama at Birmingham who led the study at McGill, said in a statement.

The study marks the first time researchers have directly demonstrated what scientists have long suspected: the rodents’ awareness of the researchers, according to senior author Jeffrey Mogil, who joked that one solution to the discovery was to “fire all the men.” 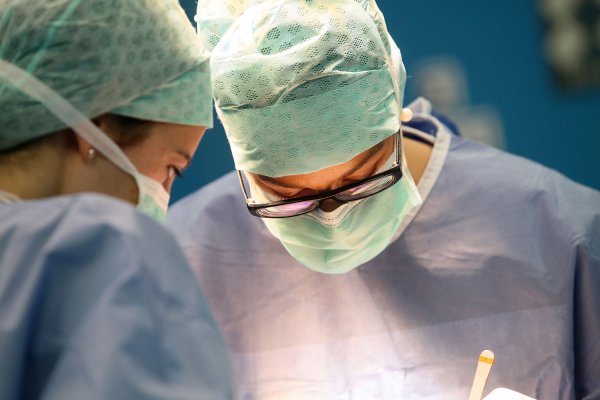 First Patients Get Laboratory-Grown Vaginas
Next Up: Editor's Pick