Why Would Anyone Marry George Clooney?

Poor George. He dated every B-list model he could, but never got a ring on his finger. He stands by as BFFs Matt Damon and Brad Pitt get photographed with their broods of cute kids. He watched his beautiful ex-wife Talia Balsam and her new husband John Slattery become a Mad Men power couple. George Clooney: always a groomsman, never a groom.

But those days are over. He’s finally been swept off his feet by the brilliant and talented Amal Alamuddin, and her law firm has confirmed the pair are engaged. Maybe finally Clooney can get a shred of happiness in his lonely, barren life. Jennifer Aniston knows what it’s like.

Amal Alamuddin might as well have ridden up on a white horse. She speaks English, French and Arabic. She has degrees from Oxford and NYU. She’s advised former U.N. Secretary-General Kofi Annan, Ukraine’s ex-Prime Minister Yulia Tymoshenko and WikiLeaks founder Julian Assange. And she’s been listed as one of the 21 hottest barristers in London by this random blog.

Don’t get me wrong, Clooney is plenty handsome and likeable. He’s won two Oscars and has been nominated for four others. He raised awareness of the crisis in Darfur, and he’s got a reputation for being one of the last genuinely nice and down-to-earth guys in Hollywood. But marriage material? No, sir.

He’s 16 years Alamuddin’s senior and has a taste for models and cocktail waitresses. He’s proudly commitment-phobic. He’s rich, but then again, so is she. And he’s got some serious baggage: Clooney’s dated everyone from British model Lisa Snowdon to cocktail waitress Sarah Larson to Italian TV presenter Elisabetta Canalis to wrestler turned model Stacey Keibler. He might as well be the village bicycle.

Most importantly, Clooney has said over and over again that he sucks at being married. “I keep saying I’ll never get married again or have children,” he told Express magazine in January, “but people just don’t want to believe me.” That piece was published four months into his seven-month relationship with Alamuddin.

When men insist they’re bad at relationships, it only makes them more attractive to women who are trying to “tame” them. But it’s a mating strategy that makes zero sense. People are usually pretty self-aware about their strengths and weaknesses, and Clooney has a reputation for being a smart and insightful person, so we should take his word for it, and so should Alamuddin. He’s said he sucks at marriage seven different times in different public interviews over the years. Sounds like he sucks at it.

Besides, what normal woman would want to be married to George Clooney? Sure, you could go to Lake Como a lot, but the drawbacks far outweigh the perks. Models would always be smirking at him, reporters would always be asking about the state of your marriage, tabloids would speculate doom every time he goes out alone. You’d probably have to be photographed next to your husband’s best friend’s wife, who happens to be Angelina Jolie. Your husband would wear fancier clothes than you.

So, Amal, you seem like a smart lady and I wish you the best of luck. But I wouldn’t trade places with you in a million years. 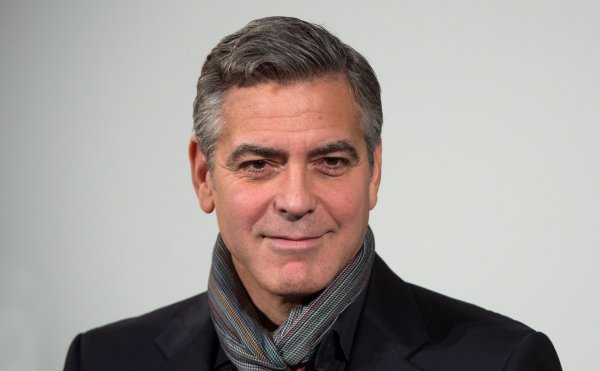 George Clooney Is Engaged
Next Up: Editor's Pick