New data released by the National Center for Education Statistics show that 81% of the class of 2012 graduated on time that year, the highest graduation rate on record. And according to a new report from the education group America’s Promise Alliance and other partners, the U.S. could meet a 90% graduation rate as soon as 202o if the rate of progress continues. That report says much of the graduation success can be attributed to the closing of so-called dropout factories as part of the push for education reform; 648 “dropout factory” high schools were closed between 2001 and 2012, and 1.2 million children who would have gone there were educated at better schools instead. 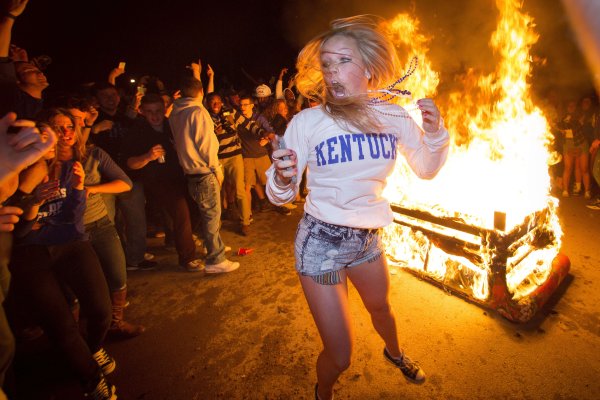 Kentucky's Plan to Curb College Drinking: Allow It
Next Up: Editor's Pick