Child of Light Review: A World as Lovely as It Is Dark and Deep

It’s easy to be seduced by the visual charm and intricacy of a game like Child of Light. It has so little competition, and high fidelity hand-drawn artwork looks prettier than ever on high-definition television screens with resolutions approaching the point at which individual pixels become as undifferentiated as paint on canvas.

But we’re also still at that point in the evolution of our hobby where transplanting elements from one medium to another — say the elegance of a Yoshitako Amano drawing or a Hayao Miyazaki animation into gaming’s interactive world-realizing dynamos — can assume pretend significance, especially if you think about video games in vertical terms: columns of concept unto themselves. It’s easy to be impressed by something that visually transcends its own medium, in other words, but that’s in some ways still playing catchup to others.

Limbo was a little like that: cleverly noir-ish and procedurally ambient with its minimalist silhouette-scapes, looking like nothing before it. But the game’s distinctive atmosphere overwhelmed and, in my view, ultimately overruled what little there was of that abstraction we label “gameplay.” I played it once and I’ve never felt compelled to return. It seemed more a snack of a game, a light-and-shadow Big Gulp, proof that you could look like an existentially sophisticated game without actually being one.

Ubisoft’s Child of Light — available April 30 for Windows, current and last-gen consoles — is in that sense the opposite of a game like Limbo. It’s an experience that deftly melds its painstakingly painting-like environs and allegorical fable-inspired narrative to a first-rate battle system: one unapologetically inspired by Final Fantasy-style roleplaying games, but with its own hidden depths and wrinkles.

To be clear, fighting’s most of what you get up to in Child of Light — in its case, squaring off against mythically composite dark fantasy foes: wolves, spiders, other kinds of spiders, stone golem-y things, gryphons, giants, other vaguely Scandinavian folk-creatures and so forth. You’ll encounter them perched in gnarled nooks or darting from shadowy crannies, sometimes patrolling ethereal skyways, sometimes guarding treasure chests, sometimes surveilling throughways to new areas. Combat’s one of gaming’s oldest tropes: the medium’s inflection of mythology’s archetypal “road of trials.” If you’re looking for an experience that transcends weighing statistical gains against escalating confrontations, this isn’t it: the hero’s transformation in Child of Light is still fundamentally duel-driven.

But it’s also encapsulated by something we’ve never seen in a game before, and at risk of violating my earlier point about novelty, there’s something fascinating about playing a game that unfurls in epic verse. Child of Light‘s story is told in a way that’s literally poem-like, its narrative beats delivered as metrical lines, shifting from loose to mathematically specific forms a bit like Coleridge’s The Rime of the Ancient Mariner (which the game’s writer, Jeffrey Yohalem — a Writers Guild of America Award-winner — cites as inspiration). I found the approach a trifle awkward at first, partly because I wasn’t expecting it, partly because poetry by definition draws attention to its rhythmic strictures.

But by the time the game’s child protagonist was well on her way, soaring above the treetops and landing on lofty boughs or mountaintops, I couldn’t wait to see what Yohalem might do next, sometimes crafting beautiful singular-spoken couplets, at other points skillfully volleying lines (and line completions, and rhymes) between the game’s ensemble. It’s not merely the state of being a poem that’s interesting here — that alone risks feeling too much like a stunt — it’s that Yohalem’s written such a beautiful one that’s easily worth the price of admission.

While the game at first resembles an earthbound platformer that’ll use gravity to control your headway, it jettisons that notion early on by letting you take to the air and giving you the run of a freely explorable 2D puzzle-scape flush with enemies and progression-related conundrums wrapped up in hand-drawn vistas so beautifully wrought that simply having the freedom to wing through and admire them at your leisure becomes a reward unto itself. It’s a fairy tale pastiche where giants lumber like spooky golems along the horizon and startle flocks of birds, or where the sun peeks through purple-black clouds that drop legs of lightning — light and dark in breathtaking contrast, like daylight storms along the Rockies.

Looking only gets you so far, of course, so how does Child of Light play, battle-wise? Battles occur when you bump into enemies you can attempt to surprise from behind or fight head-on (or be startled by, to your disadvantage). Combat proceeds in quasi-realtime turns, your party members standing to one side of the screen, your opponents on the other, and a “who goes next” meter unwinding below. That sort of thing we’ve seen before (the game’s creator Patrick Plourde reminded me that Valkyrie Profile also takes this side-scroller-plus-turn-based-combat approach), but it’s the little wrinkles that add pizzazz to Ubisoft’s homage.

For instance, you can send your sentient companion firefly (named Igniculus) flitting about the combat screen to aid you or hinder your opponents (either using the gamepad’s right thumbstick, or letting someone else do so with a second gamepad). Hover over one of your party members while pulling the left gamepad trigger and Igniculus doles out health points, or hover over an enemy while doing the same and Igniculus can slow their progress in the turn meter. Affecting combat readiness extends to successful strikes, which knock the victim back significantly, allowing you to formulate elaborate strategies fed by buckets of abilities, in turn fed by a melange of characters you’ll meet and bring into your party along the way.

Those characters have their own stories and roles to play, and their non-overlapping combat abilities dovetail with multiplex skill trees that scale masterfully as garden variety enemies and boss battles intensify in successive areas. You’ll want to play on “hard,” by the way, if you want the highest fidelity “these-very-specific-tactics-unlock-this-particular-battle” challenge, bearing in mind that the lower difficulty settings are aimed at younger, less experienced players: Plourde told me he was inspired to make a game that might be played together by both a parent and child. And while the skill trees tend toward low single-digit advances, the ramifications of each unlock feel quantifiably significant in execution. A simple +1 to combat damage in your ability tree results in a considerable advance in battle damage meted out, for instance. The appearance of skill nickel-and-diming is illusory, in other words.

Child of Light isn’t the world’s longest roleplaying game, though neither is it the shortest. There’s maybe a weekend’s worth of play here if you’re thoughtful and thorough and willing to ratchet up the difficulty setting. While you can keep playing at the end, if you’ve been thorough about side-questing I’m not sure there’s reason to, but then you’re only paying $15 for the privilege of rolling through once. If you’d like a comparison, Limbo costs $10 today, and offers a fraction as much to see, or do, or when all’s said and done, reflect on. 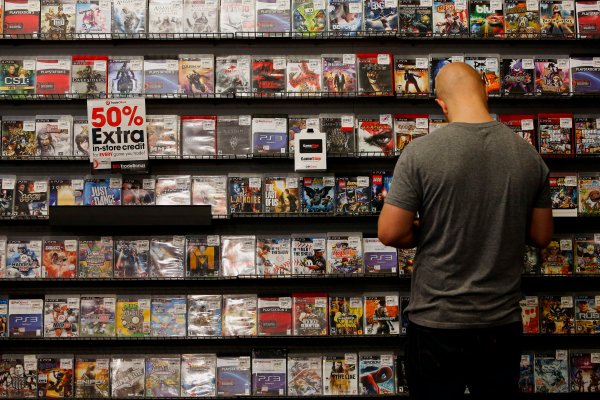