Obama in the Philippines: 'Our Goal Is Not to Contain China'

This is not about China. That has been the theme of Barack Obama’s four-nation trip to East Asia. Yet China loomed large over stops in Japan, South Korea and Malaysia. And in the Philippines today, China was front and center.

On Monday morning, local time, the U.S. and the Philippines signed a 10-year pact that will give U.S. planes, warships and troops more access to the archipelagic nation. The U.S. will not re-establish a permanent base, but will rotate troops through. The deal, officially called the Enhanced Defense Cooperation Agreement, took eight months of negotiation, and gives some substance to the Obama Administration’s “pivot” to Asia.

His counterpart, President Benigno S. Aquino III, said the agreement was about deepening U.S.-Philippine ties and would promote “regional peace and security.”

China begs to differ. Locked in territorial disputes with the Philippines, Japan and others, Beijing sees U.S. involvement in East Asia as unwelcome interference. In an editorial published less than an hour after the agreement was officially signed, state-backed newswire Xinhua blasted the pact, calling the Philippines a “troublemaker in the South China Sea” and warning the U.S. that its plans may backfire.

“Given that the Philippines is at a bitter territorial row with China, the move is particularly disturbing as it may embolden Manila in dealing with Beijing,” it read.

The agreement is no less contentious within the Philippines. The country has a long and complicated history with the U.S., particularly the U.S. armed forces. The Philippines spent 300 years as a Spanish colony before being “liberated” by the U.S. in 1898. What followed was a brutal Philippine-American War and the U.S. colonization of the islands. When the Philippines became independent in 1945, the Americans left behind massive military bases — and with them a well-documented legacy of rights abuses and environmental problems.

More than a decade of antimilitary activism led to the closure, in 1992, of U.S. bases. But the Americans never fully withdrew. U.S. forces have maintained a small but continuous presence, conducting training exercises and, since 2002, antiterrorist operations as part of the so-called global war on terror. For a dedicated block of activists, the fact that the U.S. military still has boots on the ground is tantamount to neocolonialism. Some staged protests outside the U.S. embassy in Manila last week.

“I think people are angry that this was negotiated behind close doors and made public after it was signed,” says Alex Magno, former professor of political of science at the University of the Philippines, now a political commenter for the Philippine Star. “It is being sold to the public as an enhancement of our national defense [but] Obama tries to tone down that expectation by saying that it is not America’s role to counter China.”

The deal is also under fire from Filipino politicians who see it as a hasty and counterproductive turnaround. In an email reply to questions from TIME, Senator Miriam Defensor Santiago blasted the government for signing the pact without input from the Senate and questioned the logic behind the agreement. “The U.S. should not continue to treat [the Philippines] as a satellite state, while aiming to remain on good terms with China,” she wrote. “America cannot have it both ways.”

Since his election in 2010, President Aquino has alternated between reassuring and castigating Beijing. In a 2012 interview, Aquino told TIME that U.S. military aid “helps us address our needs without giving [our neighbors] any sense of added nervousness.” (One of the unnamed neighbors, of course, was China.) He has since become more direct: in a February interview with the New York Times, Aquino compared his country’s plight with the West’s failure to protect Czechoslovakia in 1938 when Hitler demanded land. “At what point do you say, ‘Enough is enough?'” he asked.

At the press conference in Manila on Monday, Aquino once again spoke softly, noting, among other things, that his country does not have a single fighter jet. But he said it with President Obama at his side — a fact that will not be lost on Beijing. 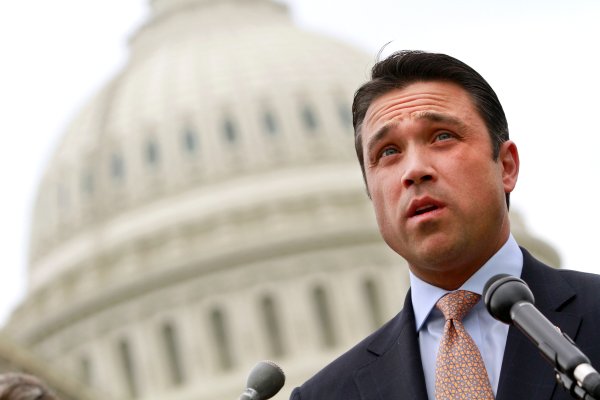