Sterling’s comments are causing a firestorm after a purported conversation between him and his girlfriend, V. Stiviano, was posted on TMZ’s website. A voice believed to be that of the Clippers owner can be heard telling Stiviano “not to bring them to my games,” in reference to black people. The voice adds, “It bothers me a lot that you want to broadcast that you’re associating with black people. Do you have to?”

Stiviano’s lawyer released a statement on Sunday calling the 15-minute recording “legitimate” and one part of approximately one hour of taped audio, according to the Hollywood Reporter. Stiviano did not release the recording to any news media, her lawyer added.

President Obama on Sunday called Sterling’s alleged remarks “racist,” framing them in a broader context of discrimination in the U.S. Obama said “we constantly have to be on guard on racial attitudes that divide us rather than embracing our diversity as a strength.”

“The United States continues to wrestle with the legacy of race and slavery and segregation, that’s still there, the vestiges of discrimination,” added Obama, who is in Malaysia as part of a four-country tour of Asia.

James, an iconic Miami Heat star, called on NBA commissioner Adam Silver to take aggressive measures in light of the conversation. “There is no room for Donald Sterling in our league,” James said.

Though initially staying out of the fray that ensued after Sterling’s alleged conversation was posted, Charlotte Bobcats owner Jordan released a statement on Sunday afternoon.

“As an owner, I’m obviously disgusted that a fellow team owner could hold such sickening and offensive views,” Jordan said. “I am appalled that this type of ignorance still exists within our country and at the highest levels of our sport. In a league where the majority of players are African American, we cannot and must not tolerate discrimination at any level.”

Fellow NBA icon Magic Johnson, meanwhile, said on ABC Sunday that Sterling “shouldn’t own a team anymore.” Sterling’s alleged remarks came after his girlfriend, Stiviano, appeared alongside Johnson in a photo she posted on Instagram.

Silver has offered few comments about the alleged conversation, saying only that the NBA is working to confirm the authenticity of the recording. Meanwhile, sports-news website Deadspin posted on Sunday what it calls an “extended” 15-minute version of the purported conversation between Sterling and his girlfriend.

Several Clippers players threw their jerseys on the court during pregame warmups on Sunday ahead of a playoff game against the Golden State Warriors, ostensibly as a form of protest against Sterling’s remarks. Some players also donned black armbands, wristbands and socks.

A slew of other sports and political leaders have lambasted Sterling for his alleged remarks, including Al Sharpton and Shaquille O’Neal, TMZ reports. Alice Huffman, president of the National Association for the Advancement of Colored People’s California State Conference, said in a statement on Saturday that “if these allegations are proven true, we are extremely disappointed in Mr. Sterling.”

“Recent remarks like these, and those of Cliven Bundy, remind us that racism is not a footnote of our past, but a reality of our present that we must confront head on,” Huffman added.

It’s not the first time Sterling has been accused of discrimination: in November 2009, he agreed to pay $2.73 million in a settlement with the Justice Department over allegations that he refused to rent apartments to Hispanics and blacks and to families with children. 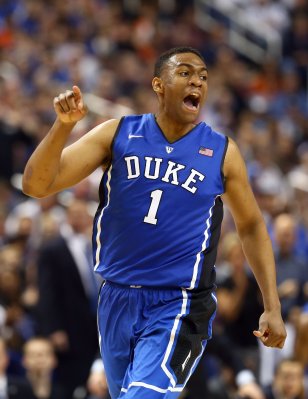