Afghan presidential candidate Abdullah Abdullah talks during an interview with the Associated Press at his residence in Kabul, Afghanistan, April 24, 2014.
Massoud Hossaini—AP
By Nolan Feeney

Afghanistan’s former foreign minister Abdullah Abdullah won the most votes in the country’s election of a new president, but not enough to avoid a run-off election with second place rival Ashraf Ghani.

None of the candidates in the April 5 election received the necessary 50% of the votes to win outright, according to preliminary results. The winner will replace outgoing President Hamid Karzai, who is constitutionally forbidden from running for a third term.

Abdullah, who ran against Karzai in the previous presidential election in 2009, won the most votes with 44.9 percent, the BBC reports. Former finance minister and World Bank official Ghani received 31.5 percent. The two could plausibly form a coalition government together, but are expected to compete in a run-off.

Final results will be confirmed on May 14 to allow time to process complaints. Reports of fraud have been increasing amid accusations from all sides that votes were purposefully miscounted and ballot boxes were stuffed. A run-off vote is expected to take place on May 28. 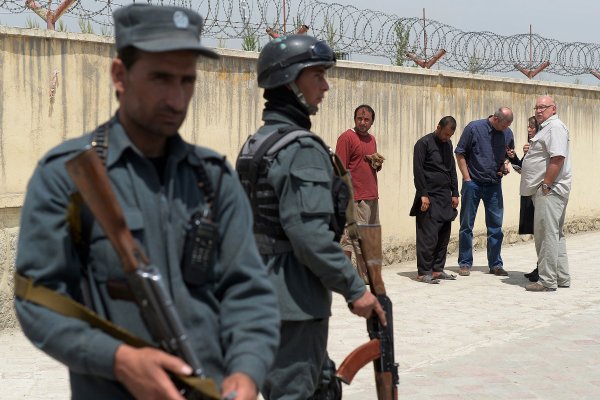